Member Benefits
Learn more
Learn more about the benefits of membership.
Home » Hawaii CUs on pace to meet '5 in 5' CU4Kids goal
CU System

HONOLULU (4/2/15)--Hawaii's Credit Unions for Kids hopes to raise half-a-million bucks in five years through its "5 in 5" campaign, and after year one, the campaign already appears to be well on its way to meeting that goal. 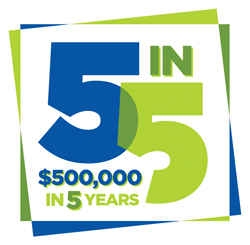 After 12 months of bake sales, craft fairs, golf and bowling tournaments and other fundraising events, Hawaii's credit unions have raised nearly $138,000 towards its $500,000 goal.

Funds will go to support the Kapiolani Medical Center for Women and Children.

"A special Mahalo to CO-OP Financial Services for all the Miracle Matches that helped us reach our goal," the Hawaii Credit Union League said on its website.

To date, the 15-year relationship between Kapiolani and Hawaii's credit unions has resulted in more than $650,000 in donations.