NETT LAKE, Minn. (1/23/15)--Northern Eagle FCU, developed last year to serve members of the Bois Forte Band of Chippewa in Minnesota, has accomplished a lot in its first year of operation. 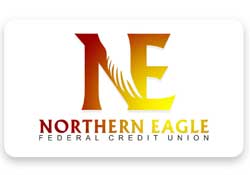 The Nett Lake, Minn.-based credit union has so far amassed more than 350 members and handed out roughly $250,000 in consumer and vehicle loans combined.

Operating out of the Bois Forte Tribal Government Building and Fortune Bay Casino, the new credit union also has served more than 120 people with one-on-one budget, debt-counseling and credit-building services through both its credit builder program and its financial education counseling and workshops.

"Northern Eagle is committed to its mission of helping members of the Bois Forte community achieve their goals of financial independence and security, and we are working towards that goal one member at a time," said Nikki Pieratos, Northern Eagle president/CEO.

This year, Northern Eagle plans to introduce checking accounts and online banking to its line of products and services. The credit union is piloting these services with staff and Northern Eagle's board of directors.

Looking forward to the coming year, Pieratos said: "Our members regularly tell us that we have helped them build their credit score, which allows them access to affordable credit--especially for purchasing vehicles and homes--and that we have provided them hope for the future."

In addition to all Bois Forte Band members and non-tribal members who belong to the immediate households of a band member, Northern Eagle also serves all employees of the tribal government, Fortune Bay Resort Casino, C-Store, Y-Store, the local radio station, and Nett Lake Elementary School employees, students and their families.

The low-income designated credit union was chartered in 2013.