FARMERS BRANCH, Texas (4/20/15)--Forgetting school supplies is a thing of the past, thanks to the help of a team of students--working in partnership with FivePoint FCU--who recently won the Cornerstone Credit Union Foundation BizKid$ Entrepreneur Contest. 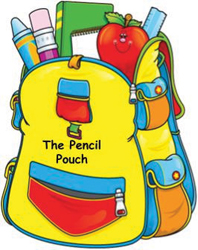 The product, called "The Pencil Pouch," which boasts a lavish inventory of school supplies, such as paper, erasers and pencils, was the brainchild of a team from Hamshire-Fannett Middle School, working in partnership with the Nederland, Texas-based credit union (Leaguer April 17).

Tamra Basye, the teacher leading the team that won the contest, said they determined forgetting supplies was one of the most common problems students run into, which is how they came up with the idea.

But that's not the only thing they learned.

"The Cornerstone Credit Union Foundation BizKid$ Entrepreneur Contest gave my class the opportunity to learn about starting a business," Basye told Leaguer. "My students were given the chance to work hands-on in a business. The experiences they encountered throughout the business plan far exceeded any learning a textbook could offer."

FivePoint and Beacon FCU, La Porte, Texas, participated in this year's event, which was funded by a National Credit Union Foundation grant.

Each credit union worked with one local school, and picked three teachers each to work with for the contest. The best idea from each school was then selected and presented during a final competition.

"The Biz Kid$ program not only teaches them about preparing a business plan and starting and running a business, it also teaches them collaboration and confidence to believe in themselves and their dreams that anything is possible," said Mandy Clayton, FivePoint director of financial education.