Times Square billboard thanks CUs for CMN Hospitals support

WASHINGTON (1/27/15)--A big commitment deserves a big thank you, and that's why Children's Miracle Network (CMN) Hospitals will celebrate Credit Unions for Kids' support with a billboard in Times Square. 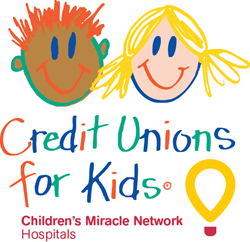 On Monday, CMN Hospitals started running an ad on the large digital billboard in Times Square, acknowledging the support of the credit union movement for its charity of choice.

Credit Unions for Kids (CU4Kids) is the third-largest corporate contributor to CMN Hospitals, topping $130 million in contributions from credit unions since 1996.

Last year, the one-day Shop for Miracles event--held on International Credit Union Day in October--netted more than $450,000 thanks to the widespread participation from credit unions nationwide.

Credit unions pledged 25 cents, or a different predetermined amount, to their local CMN Hospital for each transaction made by members with their credit union-issued debit or credit cards.

The billboard, located at 1500 Broadway, also recognizes CO-OP Financial Services' contribution of $1 million per year to CMN Hospitals via matching funds for Credit Unions for Kids fundraisers. The 29-by-56-foot ad, which is located across from the NASDAQ sign, will run through February.

Shop for Miracles was only one of the many ways credit unions showed their commitment to CU4Kids. Many take part in Miracle Jeans Day or hold special events of their own.

Times Square is no stranger to the "people helping people" message though. For three months in 2013, the 42nd Street billboard shined with the message that credit unions are "a smarter choice" when the Credit Union National Association ran ads touting the credit union difference and directing people to visit ASmarterChoice.org (News Now April 16).