When safeguarding member data, these types of technologies are critical, he said. 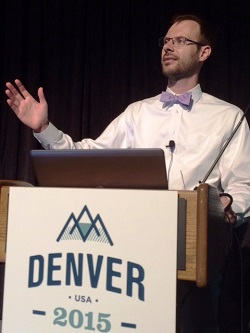 But tokenization remains only step one.

The next level of security must involve improved authentication systems that ensure fraudsters can’t access accounts that aren’t their own, Jarosinski said.

As data breaches mount and personal information continues to fall into the wrong hands, it becomes easier for criminals to gain access to personal accounts.

What’s more, Jarosinski explained, authentication processes that merely ask for a date of birth or a Social Security number are antiquated.

“For credit unions with an established remote membership, we are seeing a movement to identifying members by the one thing that has become ingrained in their daily lives and that they are rarely without … their mobile phone,” Jarosinski said.

Credit unions can take advantage of this relationship to improve their security with the two-step authentication process, which includes:

With those two elements in place, credit unions can feel more confident in each transaction they make, Jarosinski said.

Click here for more coverage of this year's conference from News Now and Credit Union Magazine.