A Proud Record of Supporting Nonprofits

The vision that propelled SDCCU to its award-winning position in the community.

“He always has a knack for not only seeing the big picture, but also for taking others along to anchor and deliver on those big ideas,” she says. 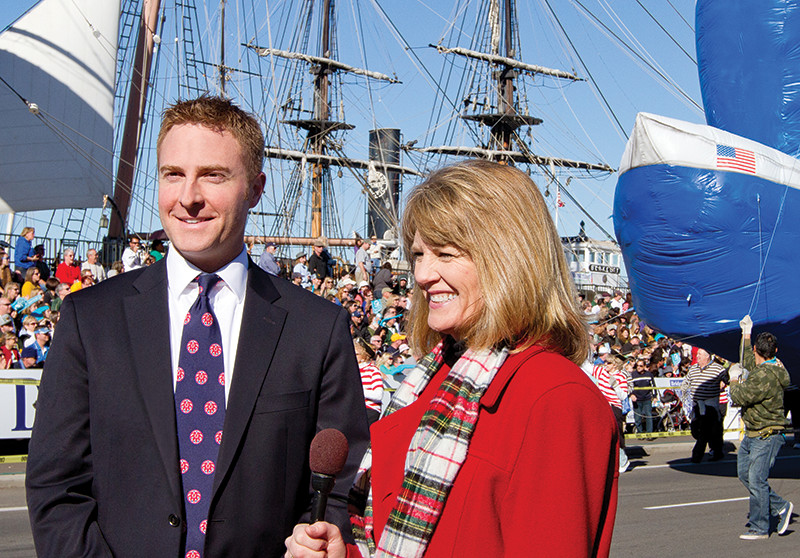 Nathan Schmidt fields questions from reporter Corrie Vaus during the Big Bay Balloon Parade. The nationally televised event is one of the largest of its kind and is part of college bowl game week in San Diego. SDCCU is the title sponsor of the Poinsettia Bowl.

That vision has propelled SDCCU to its award-winning position in the community. Among the credit union’s accolades: In a San Diego Union-Tribune poll, readers voted SDCCU the best credit union for the 16th consecutive year; awarded it the best place to work for the sixth year in a row; and cited it as the best financial planning and best mortgage provider.

“Such recognition is a direct result of Nathan’s strategic vision, relationship building, and ability to create synergy between partners, products, and marketing to elevate awareness of SDCCU,” Halleck adds.

Schmidt has worked hard since his teen years, taking on hours as holiday help at a large retail store before starting as a teller at a Sacramento branch of Great Western Bank. When he learned of Schools Financial Credit Union’s tuition reimbursement program, he took a job in the mailroom at the credit union while he was in college. He worked his way up to administrative assistant to the CEO before moving into the marketing department in 1998. Two years later, he was promoted to eServices branch manager, then to vice president of marketing and eServices in 2005.

Schmidt moved into his current position with SDCCU in 2011.

Though he’s helped the credit union achieve several business accolades, among the accomplishments he’s most proud of is helping SDCCU support more than 75 nonprofit organizations each year.

“I like to think that I continue to promote the credit union movement with community involvement,” Schmidt says. “The credit union philosophy is all about people helping people. Part of our responsibility is to give back and aid our community. You’re a member-owner rather than just being a number like at a bank. It’s not big bank banking. It’s better.”