The two-day conference concluded with a legislative breakfast at the state Capitol, with a record number of legislators on hand to discuss issues important to Oklahoma credit unions. 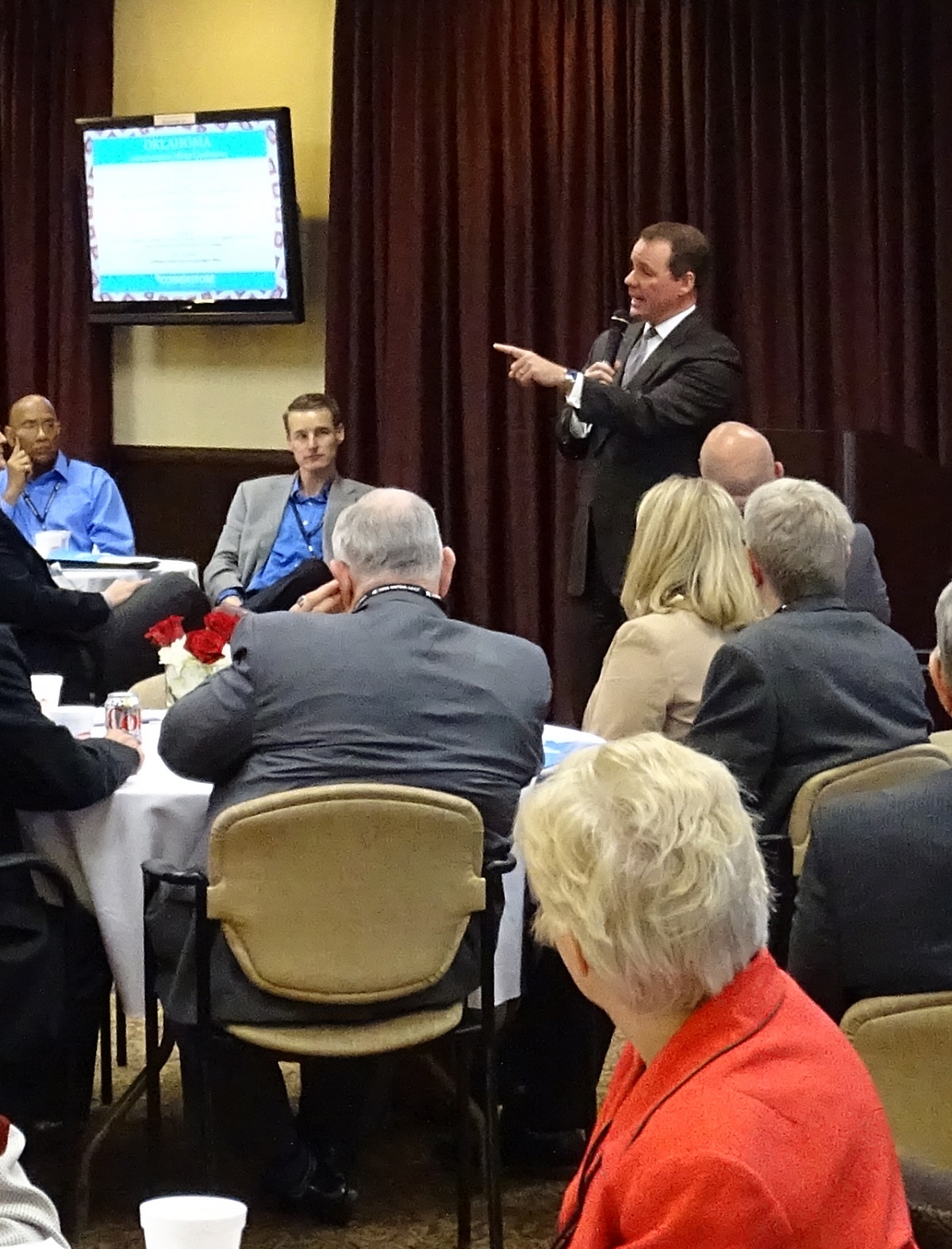 The Oklahoma Credit Union Political Action Committee (PAC) also drew record numbers to its dinner held during the state GAC. Said Webb: "It means interest in a vibrant PAC is vital to our advocacy success. It is very encouraging to see so many Oklahoma credit union professionals willing to roll up their sleeves and do what needs to be done to enjoy continued success."

The PAC presented the Legislator of the Year award to State Rep. Randy Grau (R-Edmond) for being “particularly receptive and helpful in advancing the credit union cause.” Tim Lyons, president/CEO, of TTCU The Credit Union, Tulsa, received the Troy Higgins Award, presented annually to one person who displayed an exemplary commitment to advocacy.