The name of the branding game

Making a name for yourself in Nashville is no easy thing. But what if you could lend your name to something instead?

That’s what Peggy Gray suggested to the board of directors of Ascend Federal Credit Union in nearby Tullahoma, Tenn. With nearly $2 billion in assets, Ascend is the largest credit union in Middle Tennessee, and Peggy is the first female board chairman in the credit union’s 65-year history. 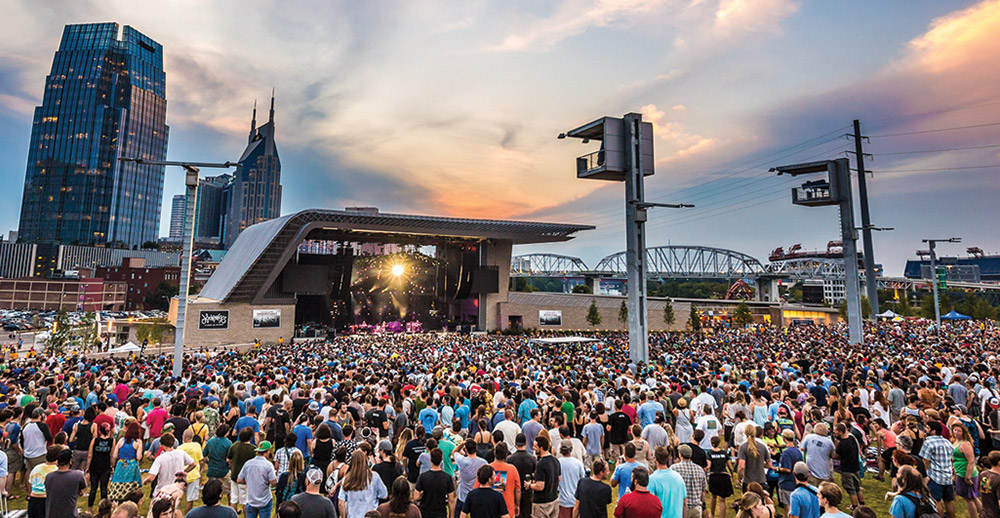 “In 2014, we had an opportunity to secure the naming rights to Nashville’s newest outdoor music venue,” Gray says. “We knew doing this would make the Ascend brand synonymous with Music City. The decision to pursue the naming rights was unanimous, and Ascend Amphitheater was born.”

By 2015, the 6,800-seat venue opened for business. It has staged all types of concerts, from rock bands to the city’s beloved country acts. “The Ascend brand is extremely well-represented at the amphitheater,” Gray says. “Along with signage and an onsite ATM, we have a space called ‘The Hangout’ to engage visitors and explain the credit union difference.”

Gray’s rise at Ascend started on the Board Development Committee in 2003. There, she discovered the need for Ascend (a select employee group-based credit union) to enter new markets to continue to grow and ensure a bright future.

“We had a couple of financial centers in Nashville, and over the years we’ve been increasing our footprint there,” Gray says. “Associating ourselves with the amphitheater was a tactical step toward increasing brand awareness in our state’s second-largest city.”