Aid for disaster victims continues to pour in

“I thank you for your generosity. It is making a difference in our credit union families’ lives,” says Gigi Hyland, the Foundation’s executive director. “It’s good to know that all the aid you have provided is going directly to the credit union employees and volunteers in need, but the need continues to be great. As you see fit, I would urge you to be generous with your donations to CUAid.coop.” 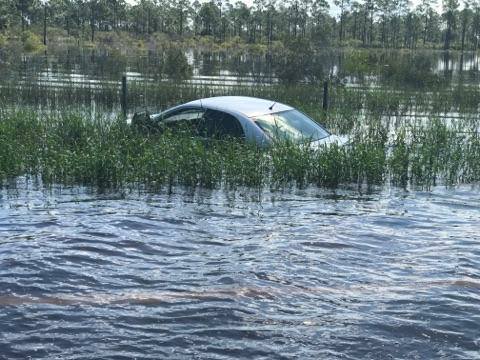 Many vehicles were flooded out by Hurricane Irma.

The Cornerstone Credit Union Foundation has raised $365,558 to support victims of Hurricane Harvey; combined with contributions from CUAid, total donations stand at $1,752,195. So far, the foundation has approved 1,322 grants for credit union staff and board members, distributing $1,189,665 toward immediate disaster relief needs.

“Cornerstone is grateful to our members and the generosity of the credit union community across this country for their support of, and assistance with, the massive credit union recovery efforts in southeast Texas following the devastation caused by Hurricane Harvey,” Cornerstone President/CEO Caroline Willard says. “We are humbled by the outpouring of support, but know that this type of service within our system is what makes credit unions a better choice for consumers. Helping others is in our DNA.”

The grants have addressed many needs, including insurance deductibles, food loss, generators, and expenses for evacuation, cleanup, repair, and other costs insurance doesn’t cover.

"The Foundation is asking for your support to help us help credit union staff and volunteers who continue to need assistance for their recovery efforts,” says Cornerstone Credit Union Foundation Executive Director Courtney Moran. "Our goal is to raise a minimum of $1 million before Dec. 31. Please help us continue spreading the 'people helping people' philosophy by donating to the Harvey Relief Fund. Thank you in advance for your continued generosity." 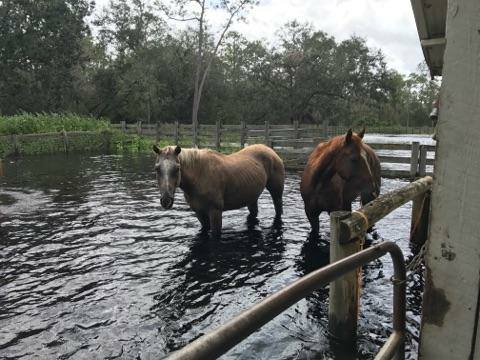 “It’s important to protect our hardworking professionals who strive to serve credit union members during the midst of such overwhelming disasters,” says Patrick La Pine, LSCU president/CEO. “This is one way we’re able to offer much-needed assistance, and we appreciate all who have contributed to this cause.”

Juli Lewis, director of the League of Southeastern Credit Union Foundation, and her family lost their house in a hurricane-related incident. Although Hurricane Irma didn't do major damage to the area where the Lewises live, they did lose power, so the family relied on a generator. One day when the family was out, the generator exploded, starting a fire that decimated the house.

The Lewis family lost virtually everything in the fire, including two dogs and a cat. “That was the hardest part,” Juli said.

Remarkably, since the fire, the Lewis family has dealt with additional setbacks. Since the family moved into temporary housing, both their cars have been broken into. Juli’s husband, TJ, has suffered a heart attack, which Juli believes was caused by the stress of their situation.

Still, Juli has found perspective in the struggle.

“Maybe in the past we took for granted the networks, the great jobs and the support systems that we have,” she says. “But this situation has really brought them to light. Within minutes of the fire we had people bringing us clothes, and people from all over looking for ways to help us. We no longer take anything for granted.”

The New York Credit Union Foundation has awarded 103 grants to individuals from 39 credit unions, as well as 13 credit union grants for those affected by Hurricane Maria in Puerto Rico. A total of $75,500 in grant funds have been approved for disbursement.

The New York Credit Union Foundation has received more than 800 grant applications from credit unions and individuals affected by the storm, and continues to receive dozens of applications each day.

CUNA News staff will continue to update this story as more information is gathered.