After wrapping up with Wednesday’s morning session at CUNA’s Governmental Affairs Conference, more then 5,200 credit union leaders in attendance headed to Capitol Hill for meetings with their legislators.

Among the topics brought up at meetings were the Senate’s bipartisan Economic Growth, Regulatory Relief and Consumer Protection Act (S. 2155), regulatory relief, abusive lawsuits hitting credit unions as a result of uncertainty with the Americans with Disabilities Act (ADA) and the cost of data breaches.

Use the numbers at the bottom of the story to see scenes from Wednesday's Hike the Hill meetings. 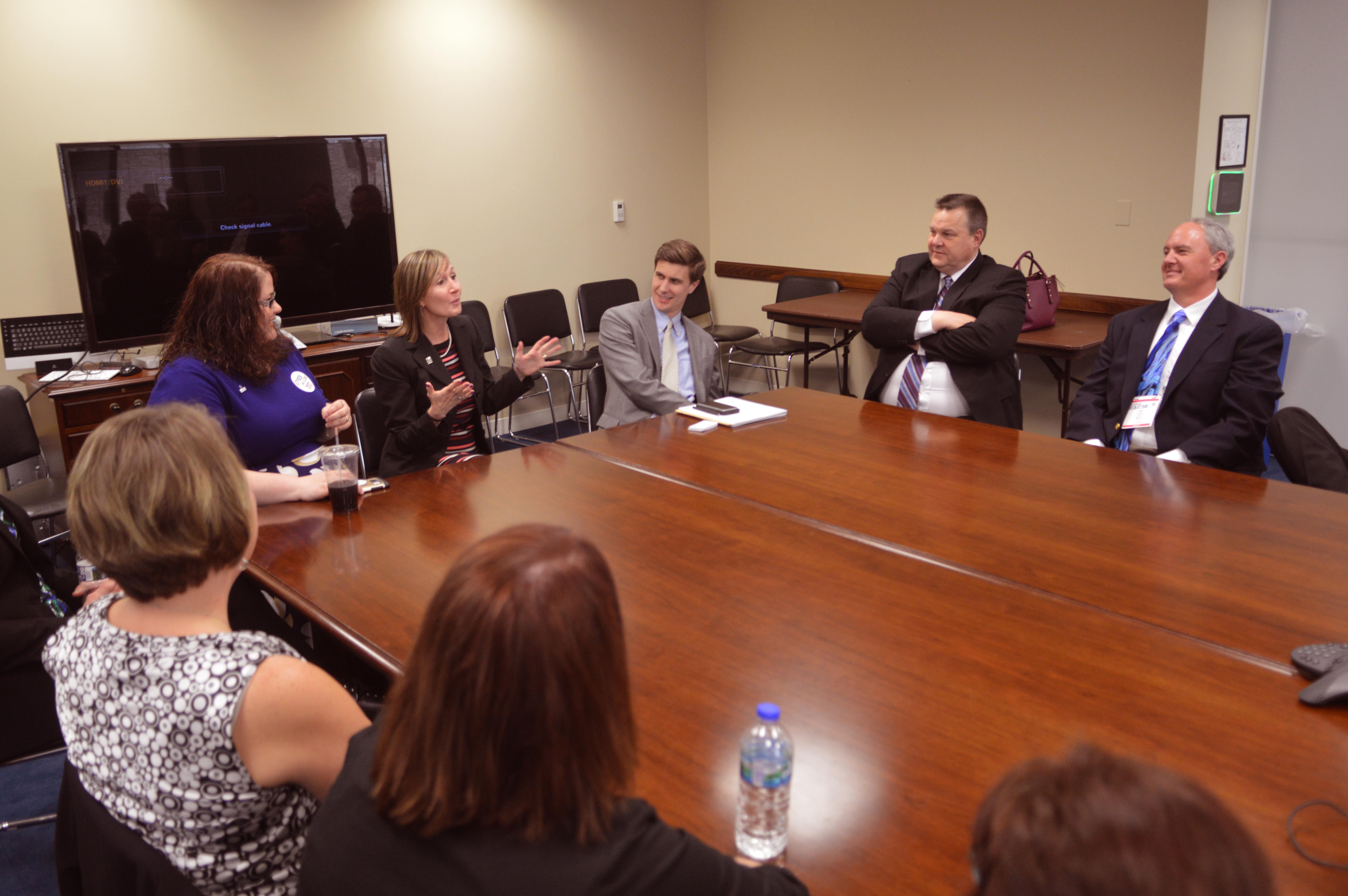 Montana Credit Unions discuss regulatory relief possibilities with Sen. Jon Tester (D-Mont.), an original co-sponsor of S. 2155. The credit unions thanked Tester for his work on the bill, and outlined ways the relief in the bill would help them better serve members.

Those in attendance also thanked Tester for ensuring that the credit union tax status was not part of any negotiation on last year’s tax reform bill. 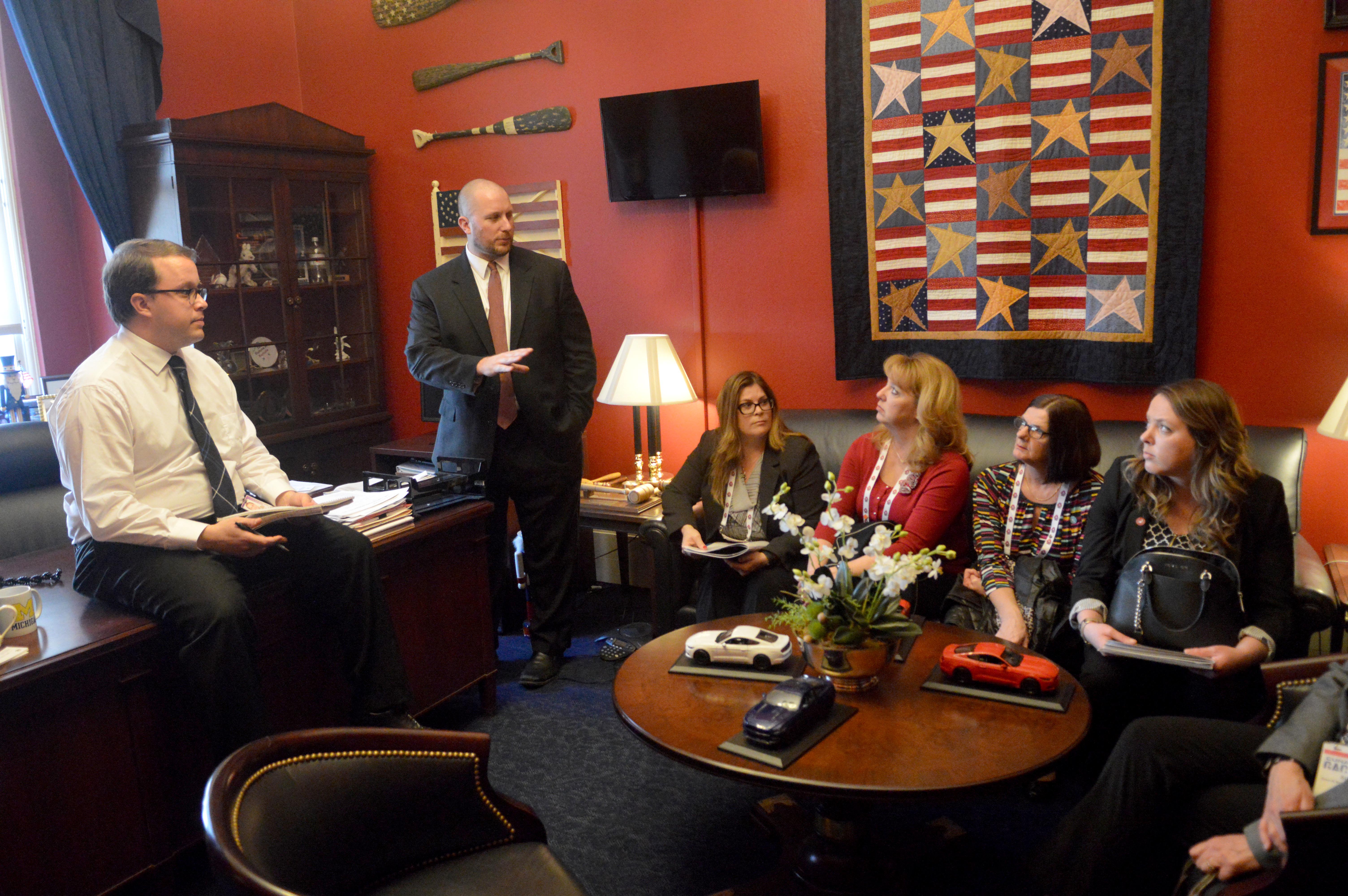 Michigan credit unions talk with Greg Sunstrum, deputy chief of staff for Rep. Debbie Dingell (D-Mich.) about top credit union issues. One leader, from a $15 million asset credit union with eight full-time employees, talked about how harmful the compliance burden was to her institution.

During discussion on data breaches, one credit union said they’ve had to reissue cards to the same members multiple times, presenting them with serious reputation risk in their community. Another recalled her accounting department working until 11 p.m. every night for a week just to keep up with reissuing cards and reimbursing members for fraudulent charges.

Attendees also discussed abusive lawsuits taking advantage of confusion over ADA and websites. He said his credit union was hit with a lawsuit from a California law firm, despite having done a full ADA audit in the previous year. Another credit union in the room was hit with a similar lawsuit from the same California firm, and both were given two weeks to settle before the case went to trial. 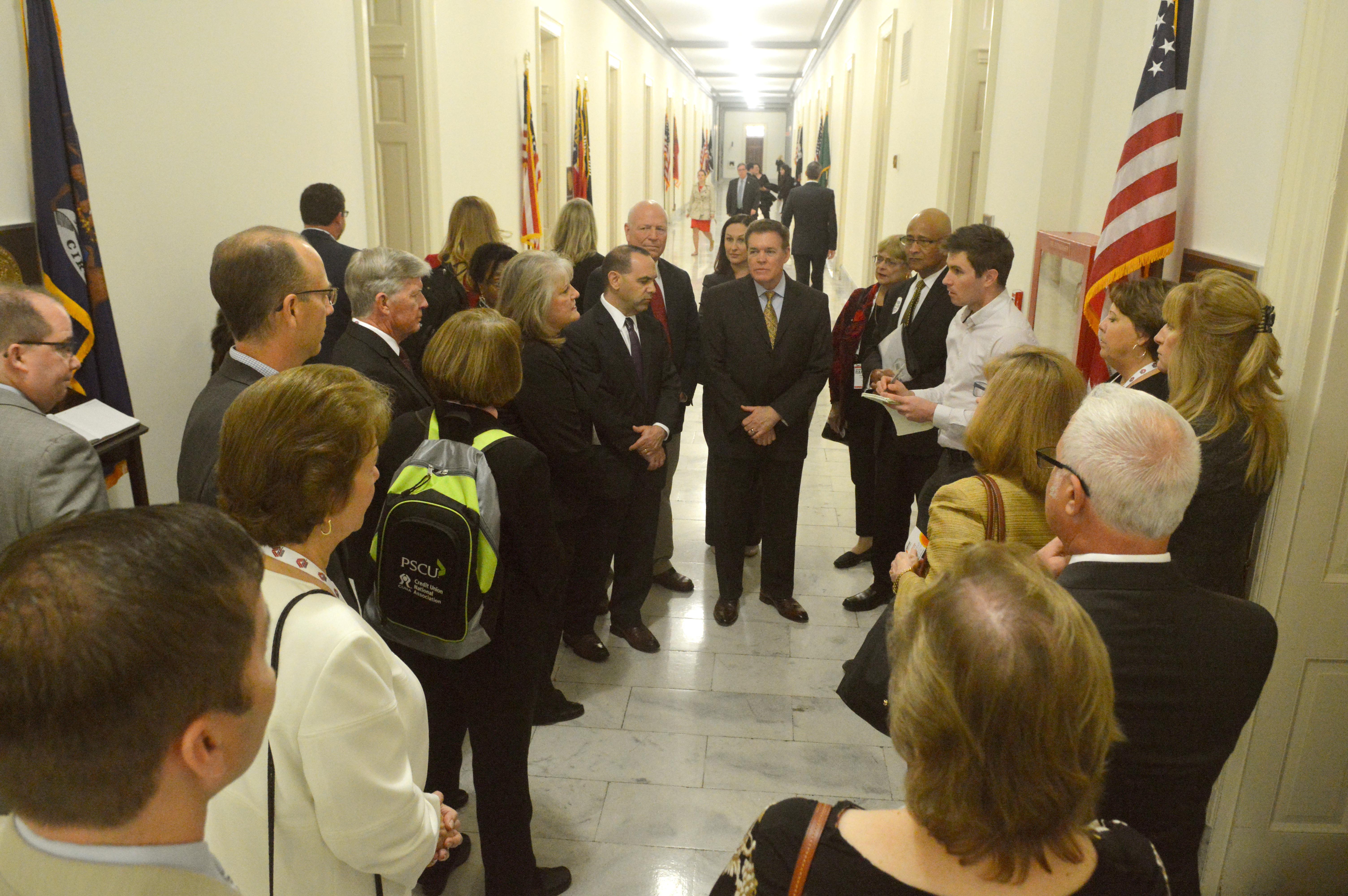 Credit unions from Florida and staff from the League of Southeastern Credit Union and Affiliates discuss issues with a staff member from Rep. Charlie Crist’s (R-Fla.) office. The credit unions talked about issues with member business lending, the future of CFPB leadership

Three credit unions in this group have been threatened with frivolous lawsuits over the ADA. 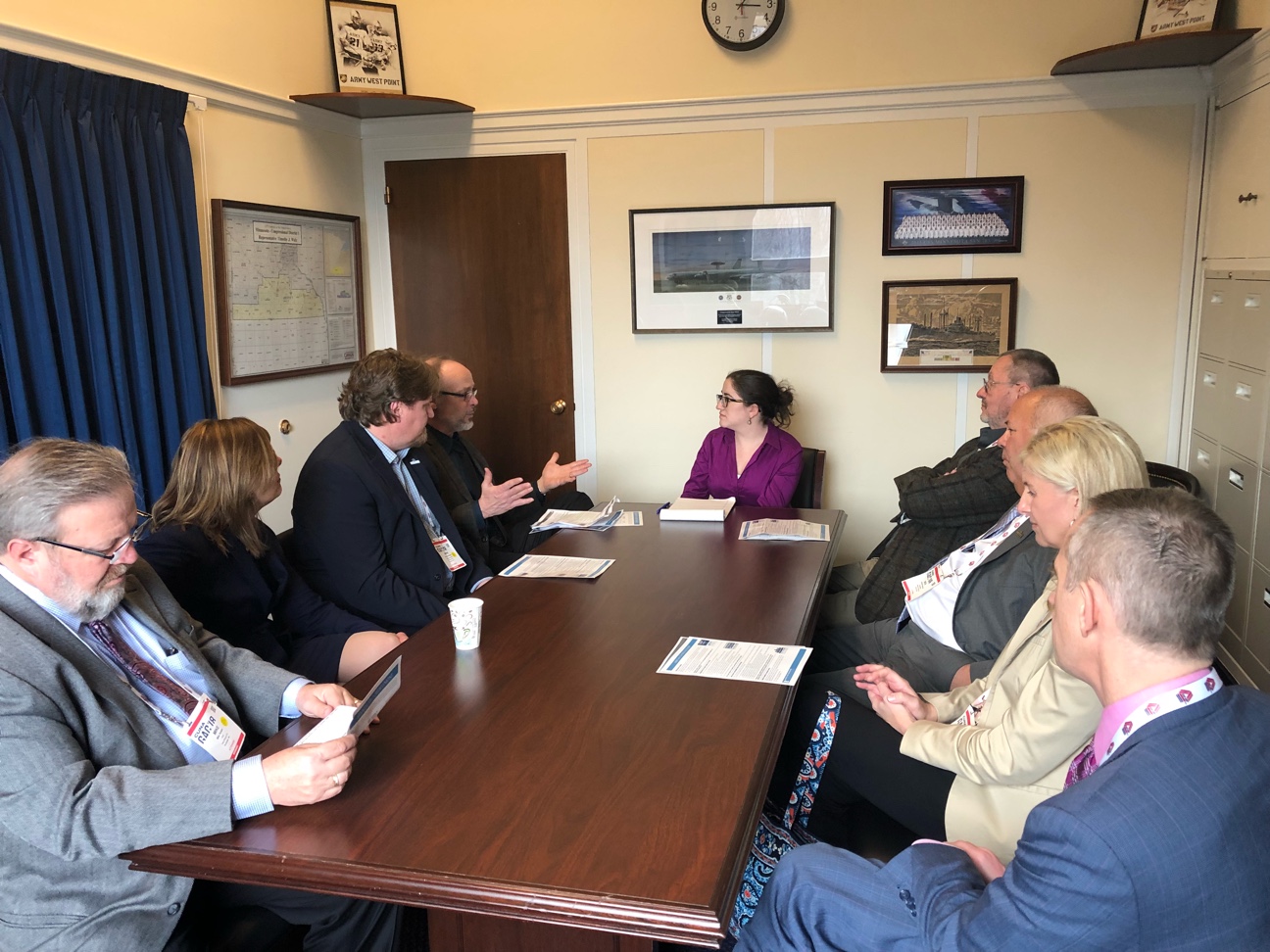 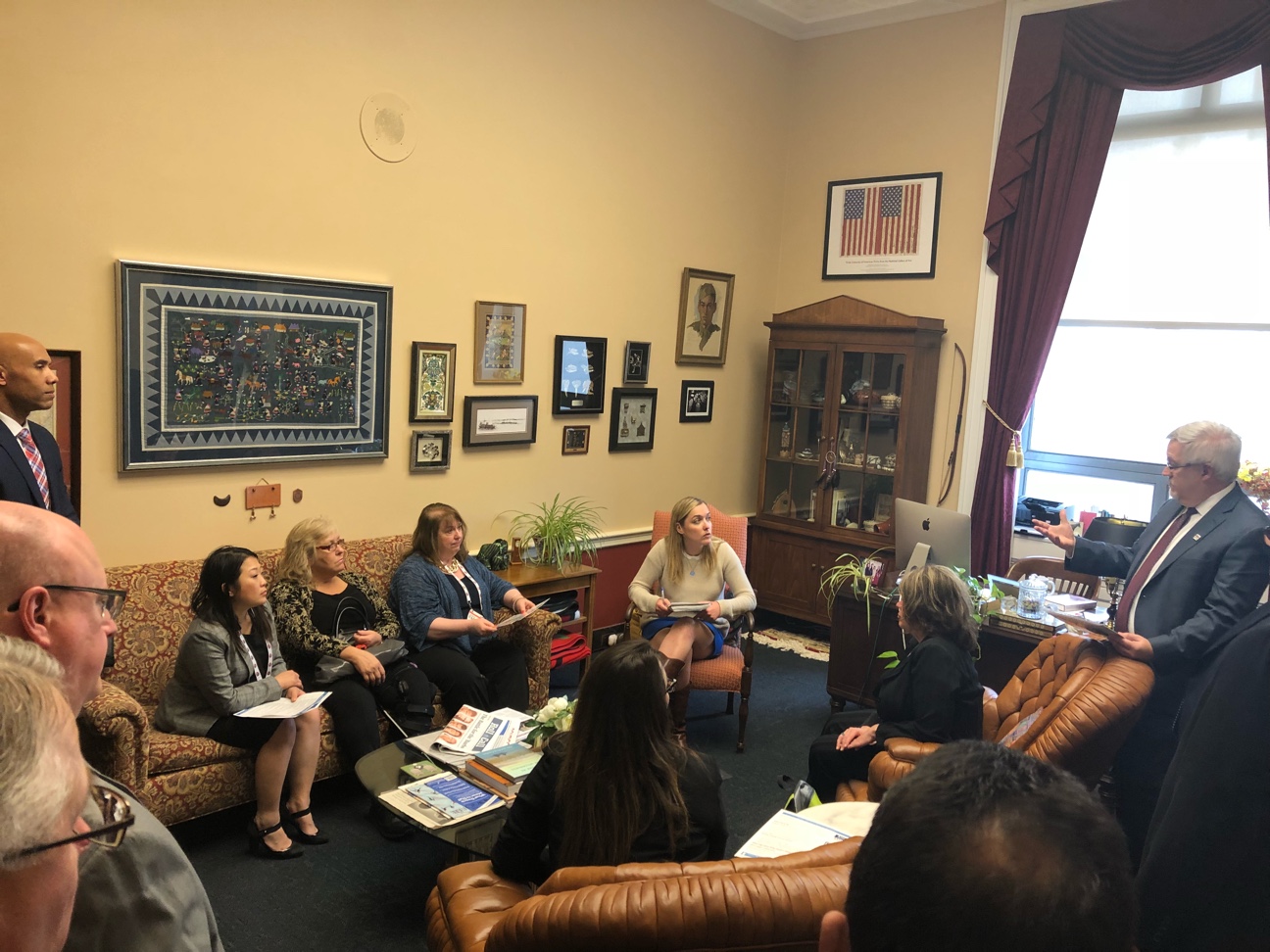 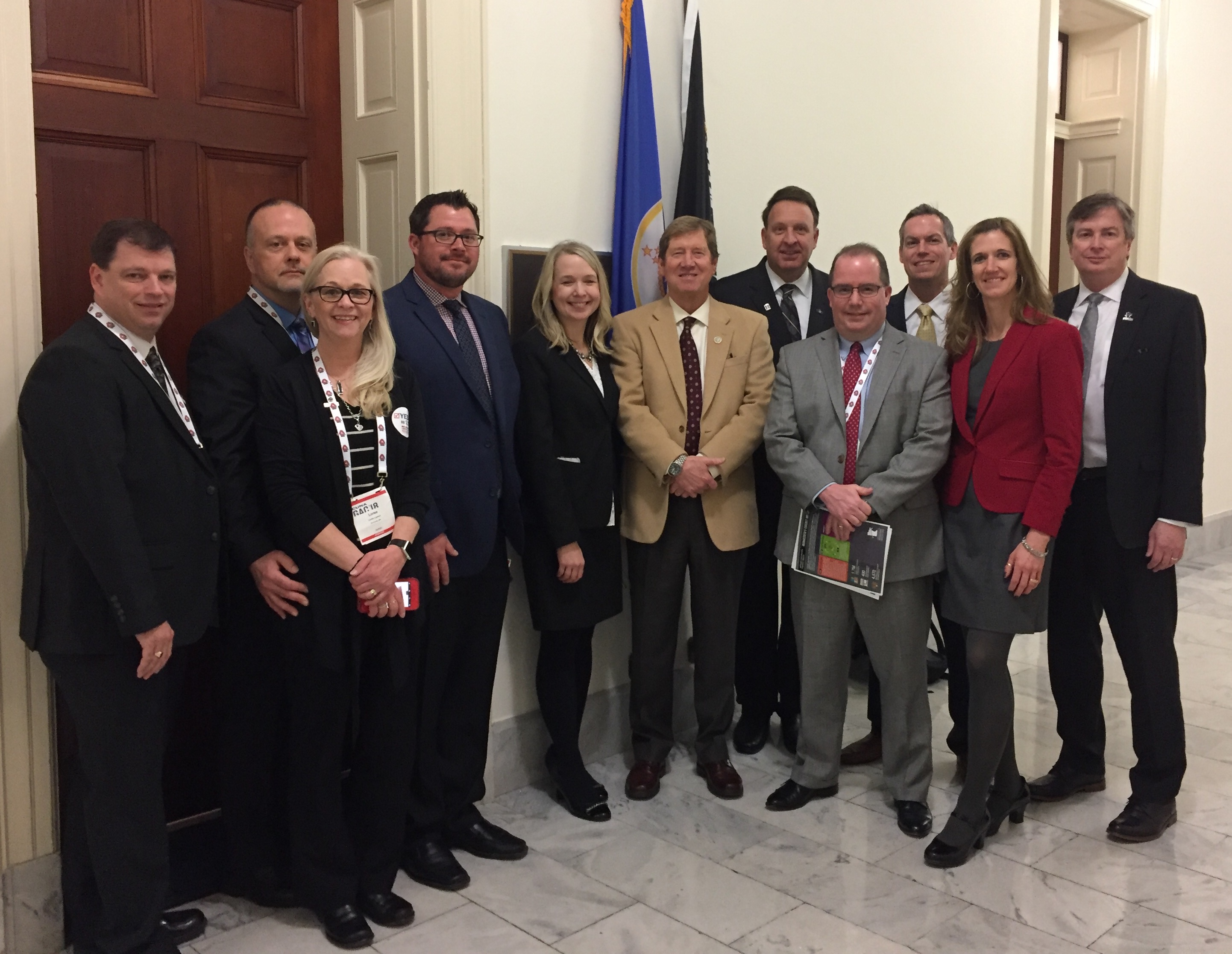 Credit unions with Rep. Jason Lewis (R-Minn.). During a later meeting with Lewis' staff, Minnesota credit union leaders described their support for S. 2155, the importance of the credit union tax status, and the future of the Consumer Financial Protection Bureau (CFPB).

Those in attendance also went in-depth about the costs and reputation risk that comes with data breaches. One credit union had a board member whose card had to be replaced three weeks in a row, due to separate breaches, another has had to do a mass re-issue of cards three or four times in the last few years, and each time they have to field calls from angry members, but cannot tell them why and how the card was compromised. 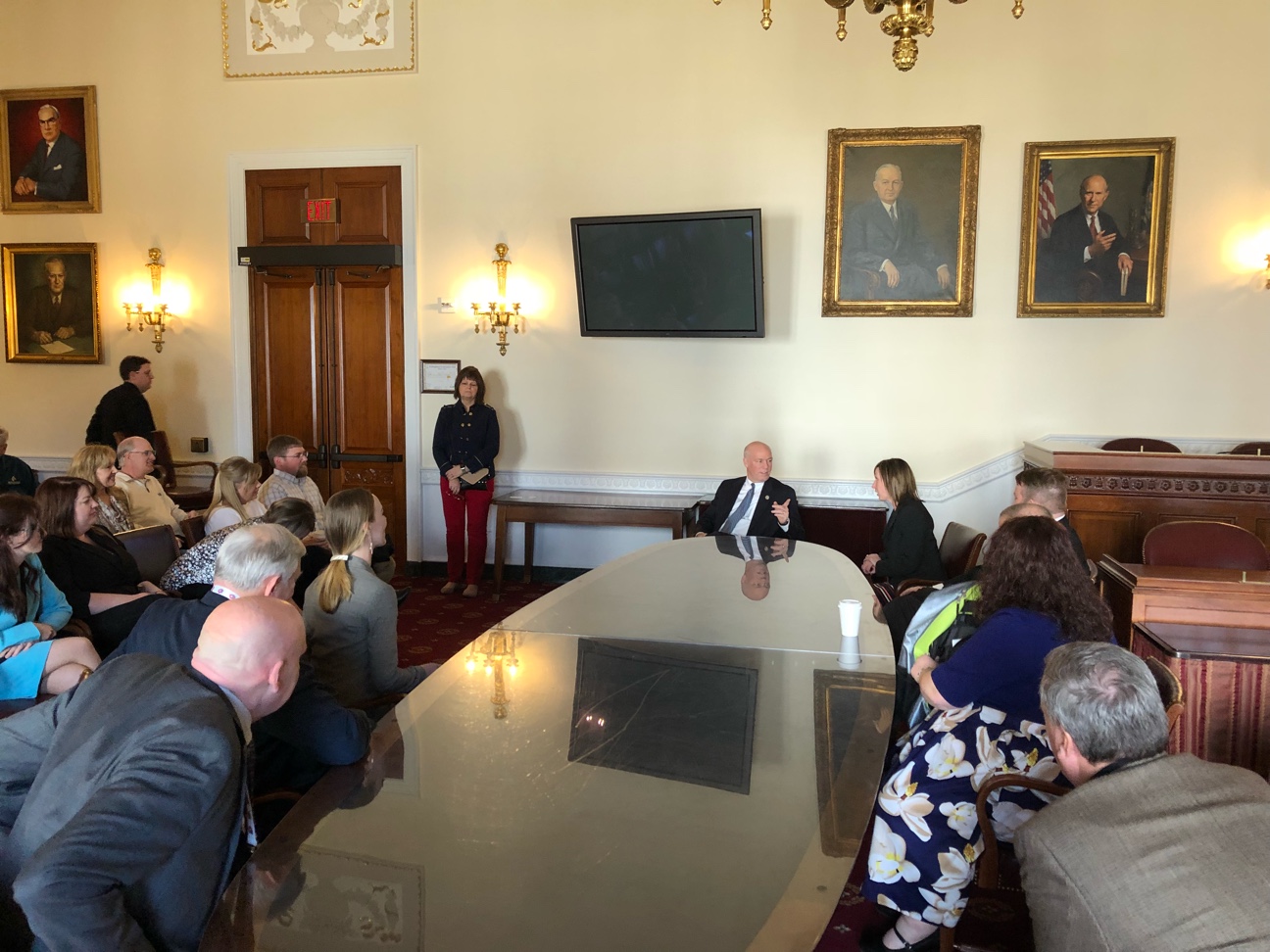 Montana credit union leaders met with Rep. Greg Gianforte (R-Mont.) during their hike the hill visit Wednesday, explaining the credit union difference and telling stories about how Bill S. 2155 would benefit their credit unions and members.