A review of the Federal Reserve's CARD Act requirements.

The Federal Reserve issued the requirements of the Credit Card Accountability Responsibility and Disclosure (CARD) Act of 2009 in three stages.

However, most CARD Act requirements were contained in the second stage that became effective in February 2010.

After publication of the February and June 2010 final rules, the Fed became aware it needed to provide further clarification to resolve confusion regarding how institutions must comply with certain requirements within those two final rules.

One of these requirements in Section 226.55(b)(2)*, which applies only to credit card accounts (not other open-end loans), provides that a card issuer may increase an annual percentage rate (APR) when the rate varies according to an index that is not under the card issuer’s control and is available to the general public, and the rate increase is due to an increase in that index.

Further, a true variable-rate increase as described above is provided an exception to the change-in-terms notice requirements which would ordinarily require a 45-day advance notice of change in terms before a rate can be increased or a fee added or increased.

When the index is under the card issuer’s control, the account is no longer entitled to the exception from the notice requirements and a card issuer would have to provide a 45-day advance notice of change in terms prior to increasing the rate due to an increase in the index.

* Later renumbered 1026.55 (b)(2) by the Consumer Financial Protection Bureau when the agency renumbered Regulation Z.

For example, assume an issuer offers a variable-rate credit card account with a rate of 13%, which is calculated by adding a margin of seven percentage points to an index with a current value of 6%.

However, the terms of the account provide for a “floor” that prevents the variable rate from falling below 13%.

Therefore, the variable rate can only increase, and the cardholder will not benefit if the value of the index falls below 6%. That’s because the floor prevents the rate from decreasing the same as a true variable-rate account should.

The final rule permits a card issuer to use a published prime rate such as that in The Wall Street Journal. Although a publicly available index need not be published in a newspaper, it must be one the consumer can  independently obtain and use to verify the APR on the account.

As a practical matter, section 55(b)(2) precluded card issuers from imposing a variable rate that is subject to a fixed minimum or “floor” rate.

‘The final rule permits a card issuer to use a published prime rate.’

The April 2010 final rule also stated that Regulation Z does not prohibit variable rates that are subject to a minimum or “floor,” but accounts with a floor rate must comply with the advance notice requirements of Section 1026.9(c).

In other words, any variable-rate open-end loan with a floor (except a HELOC) must provide a 45-day advance notice of change in terms before increasing the rate due to an increase in the index. 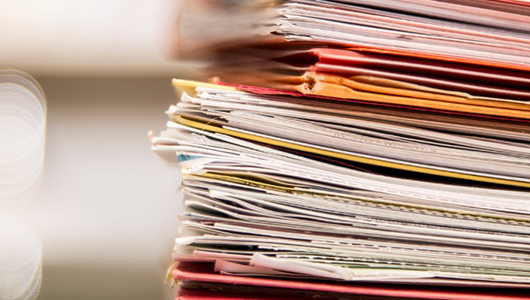 A card issuer that wishes the advance notice exception to apply to their variable-rate open-end loans must eliminate any floor rate on the variable-rate loan.

The elimination of a floor rate is beneficial for cardholders, so no notice under Regulation Z would be required.

However, even though a notice is not required when the issuer eliminates a floor rate, a credit union may wish to let members/cardholders know anyway to garner positive publicity.

Finally, if a credit union eliminates a floor rate, it may need to amend its loan documents to eliminate any reference to that rate.