Hartley, a branch manager at $2.9 billion asset Keesler Federal Credit Union in Biloxi, Miss., will never forget her participation in Crash the GAC with the Cooperative Trust in 2018. The program opened her eyes to the full scope of the credit union movement, introducing her to other passionate young professionals as well as experienced leaders with ample career guidance to give.

After Hartley returned home, she felt energized to continue the camaraderie and mentorship she’d discovered at GAC. Hartley contacted her association president to ask how she could get involved with the network for young professionals in her state.

But that network didn’t exist—at least not yet.

Giants in the labor force

Young professionals now dominate the workforce: In an analysis of U.S. Census Bureau data, the Pew Research Center found that more than one in three American workers (35%) are millennials, making them the largest generation in the U.S. labor force.

But there’s a significant disconnect between younger generations and employers. Gallup reported that millennials are the least engaged generation in the workplace. As a result, they’re more likely to change jobs than other generations—and millennial turnover costs the U.S. economy $30.5 billion annually, according to Gallup.

For a generation that prioritizes meaningful and challenging work, many employers don’t have the values or culture to keep young professionals engaged. But the credit union movement, with its cooperative model and community focus, is uniquely positioned to attract and retain these workers. And programs specifically geared toward young professionals demonstrate a sincere investment in the future leaders of the movement.

At her association president’s encouragement, Hartley worked with other young professionals to launch the LEAD (Leaders Engaging in Action and Development) program in March 2019. With support from the Mississippi Credit Union Association (MSCUA), LEAD provides professional development opportunities for emerging credit union leaders age 40 and younger.

“We understood the importance of being developed within our credit unions,” says Hartley. “If your credit union doesn’t have some sort of mentorship or development plan in place, you should get one. That is critical. People stay where they believe they’re valued, and where there is opportunity to grow.”

Inspired by Hartley’s experience, the 14 inaugural members of LEAD “crashed” the MSCUA annual meeting. The MSCUA organized a special networking luncheon and keynote speaker specifically for LEAD participants—and invited the entire group to introduce themselves at the start of the general business meeting.

After the meeting, several CEOs and other leaders approached Hartley to find out when applications for LEAD would reopen for the next group of emerging leaders.

“It’s a testament to what happens when you have your leadership really push you and support you,” Hartley says.

For the New York Credit Union Association (NYCUA), future-oriented leadership led to the creation of the Young Professionals Commission (YPC) in 2010. 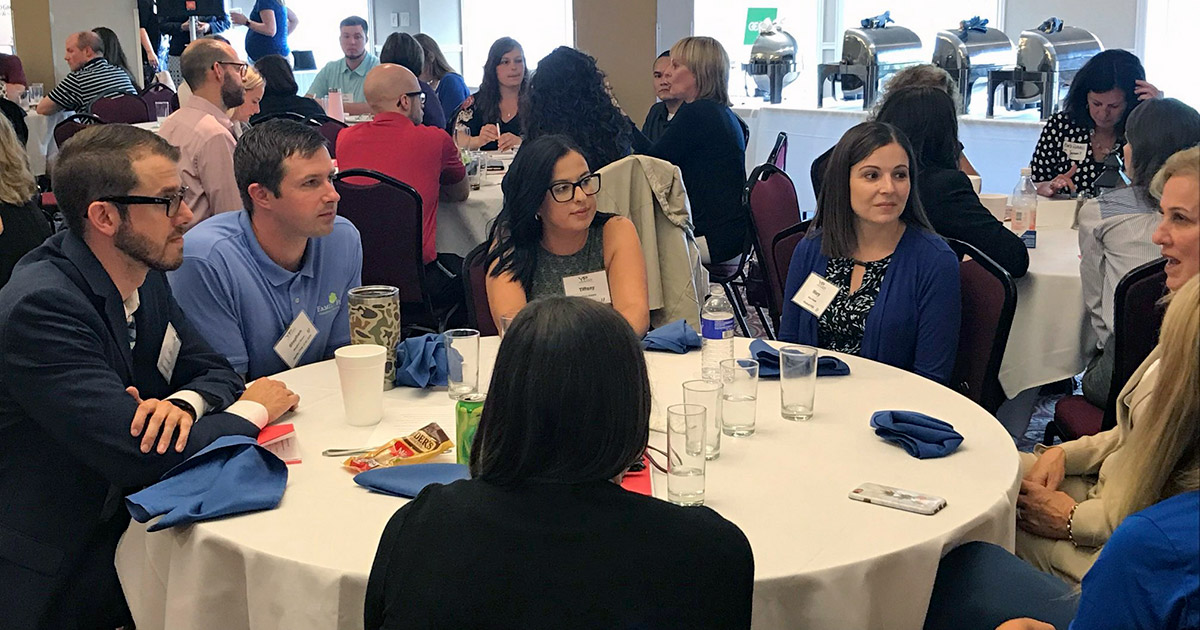 “The Association began to notice a lack of young professionals involved in the movement,” says Richard Sellwood, vice president of member services at $468 million Reliant Community Credit Union in Sodus, N.Y., and a former chairperson of the YPC. “They realized that if the movement was going to be carried forward, they’d need to develop a plan to engage younger generations.”

The YPC consists of young professionals, age 39 and younger, from across the state who organize programming specifically for their peers. Sellwood co-developed the group’s inaugural Young Professionals Conference in 2019, held in conjunction with the Danielle Downey Credit Union Classic, a tournament on the LPGA Symetra Tour.

The YPC also emphasizes education summits to help young leaders build expertise in specialized disciplines. “We often include sessions on financials, as this is usually an area where young professionals need development,” Sellwood says. “Participants have been able to engage with their CFOs about opportunities they’ve identified in reviewing their credit union’s call report. Many of them had never seen a 5300 prior to attending our events.”

NEXT: ‘No passive learning happens here’

“Young people were already a part of our demographic within the movement and in need of opportunities to match their growing ambitions and skills,” says Staci Hering, community and engagement coordinator for the ICUL. “We also wanted to attract new young talent to the movement and show them the benefits and rewards of choosing a career path in credit unions.”

CU Reach aims to steep young professionals in the larger movement beyond their individual credit unions. The group’s peer-managed advisory committee plans an annual Young Professionals Conference and a “crash” program at the ICUL Annual Convention.

The conference focuses on peer-to-peer learning opportunities and always includes a community-focused work session. “Young professionals are educated on the importance our movement places on social responsibility and caring for the communities we serve,” says Hering. “We then put that education into practice by teaching them how to execute a service project, which becomes a plug-and-play outreach opportunity for them to put in place at their credit unions.”

CU Reach participants gather to show their support for the Open Your Eyes to a Credit Union campaign.

Meanwhile, the “crash” program has surged in popularity. “Young professionals get to witness firsthand the scope of our movement and experience it from every angle,” Hering says. This includes networking opportunities with peers and leaders and an exclusive education session. “We’ve been able to bring more crashers year after year,” Hering says. “The number of applicants we receive just keeps growing.”

“Our goal was to develop a program that would empower participants by providing them with the tools they’d need to be successful regardless of their position,” says Dustin Haynes, public/employer relations manager at Heritage Trust Federal.

Participants in L.E.A.D. are selected by a leadership committee and attend two workshop sessions per month as part of their curriculum. Between sessions, members complete skill-building activities that reinforce workshop lessons. After completing the program, participants generate a capstone project for the credit union “wherever they see a need to increase revenue, manage waste, introduce a new product, do community outreach, or mitigate potential risk,” says Haynes. 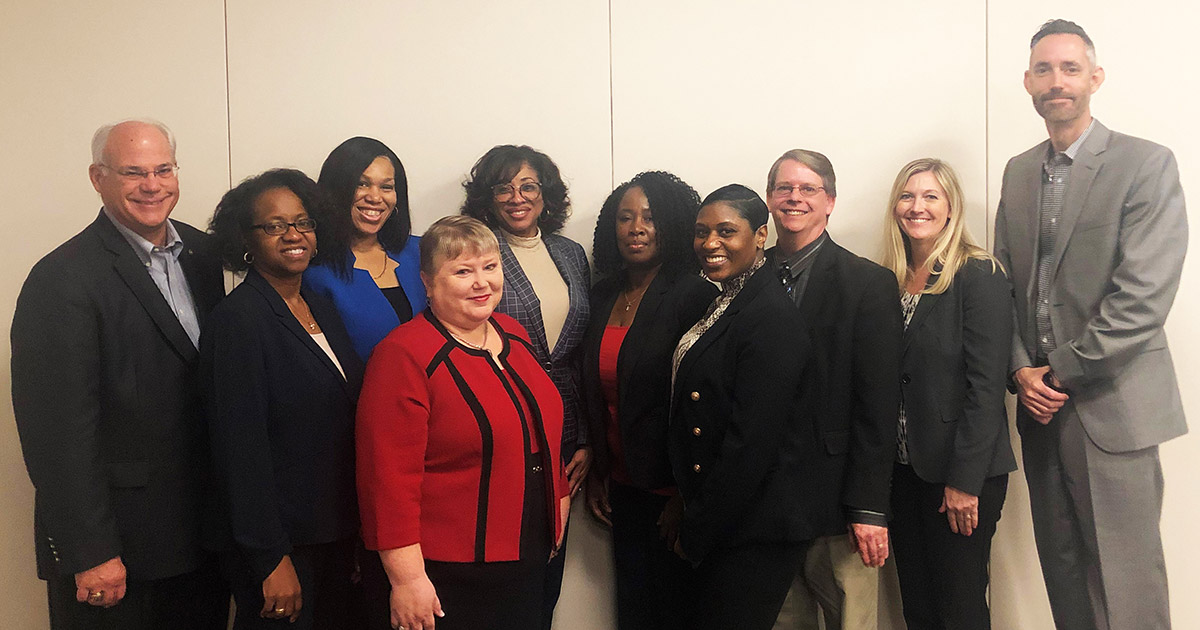 L.E.A.D. has also taken steps to give the next generation a better start in the professional world. “Many of our Generation Z student interns came from communities of modest means and couldn’t afford professional wear for the workplace,” Haynes says. “Our L.E.A.D.s were able to implement a ‘Dress for Success’ clothing closet to benefit our local community.”

Several graduates of L.E.A.D. have gone on to success in the CUaware Protégé competition, which reinforces the importance of the program. “The L.E.A.D. program has helped them develop the confidence needed to present in front of large groups,” Haynes says.

‘Give young people the reins’

Although the Minnesota Credit Union Network’s (MnCUN) young professionals group launched with an advocacy focus, it soon expanded to meet a growing interest in career development. The Crew provides credit union staff in Minnesota age 40 and younger with networking, educational, and training opportunities.

The MnCUN supplies the structure and framework to support programming, but the responsibility for developing those initiatives rests with the Crew’s peer-led advisory group. “It can be so much more relevant to young professionals when they’re the ones telling us how they want it done, as opposed to just assuming,” says Ben Hering, director of engagement for the MnCUN.

Members of The Crew celebrate the Awareness Initiative.

Recent programming examples include a speed networking event with executives and a “social media takeover” of the MnCUN Instagram account during the network’s annual meeting. The Crew pitched the “takeover” as a chance to see the event through the eyes of a young professional, and the concept was a success. “Now, each of our major events will hand off our social media to the young professionals,” Hering says. 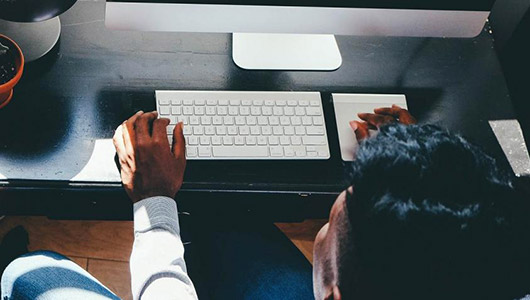 Click here for more on leadership training offered by CUNA

Read about lessons learned by YPs in Curitiba, Brazil

The Crew also infused the MnCUN’s peer-to-peer roundtable sessions with new energy. Previously, the events typically averaged about 20 attendees. In 2019, the Crew hosted two sessions for young professionals, and attendance soared. The first event, featuring a panel of CEOs from Minnesota, drew 78 attendees; the second, a breakout session with emerging leaders, brought 65.

“It was cool to see the energy and passion with that group,” says Hering.

For Hartley, the success of the LEAD program in Mississippi has been clear to see. Of the 14 original members, seven have achieved promotions within their credit unions or within the movement.

“When you get good people, and you see that special spark, pour into them,” says Hartley. “Give them opportunities, because they’re not going to let you down. Set your expectations high and watch your people succeed. You won’t regret it.”