Move beyond one-size-fits-all operations, and embrace product and service changes.

When it comes to serving the Hispanic market, the term “business opportunity” understates the case.

“It’s a necessity,” says Victor Corro, CEO of Coopera, which helps credit unions nationwide attract and serve Hispanic members. “You need younger members to stay relevant, thrive—even survive. If you don’t reach out to the Hispanic market, you’re not only missing a 20% slice of the market, but a younger and growing one at that.”

He notes the Hispanic market skews much younger—the median age range is in the 20s while the average age of adult credit union members is 49, according to CUNA's 2019 Credit Union Awareness survey. As older members move past their peak borrowing years, credit unions need new, younger members who are heading into their peak earning years, starting families, and seeking auto loans and mortgages.

More than half of the children born in the U.S. in 2020 will be from racial or ethnic minority groups, according to the U.S. Census Bureau. By 2044, when that generation comes of age, the U.S. will no longer be majority white.

The nation will become “majority minority,” meaning most residents will identify as what are now racial or ethnic minority groups. This requires moving beyond one-size-fits-all operations and embracing changes in marketing, customer service, management, and product offerings.

“It’s going to take time for credit unions to get there,” Corro says. “But I’m confident they will because they care about people.”

While Hispanics comprise 20% of the U.S. population, they account for 6.8% of overall credit union membership, according to CUNA’s 2019-2020 Credit Union Environmental Scan Report.

That leaves a big opportunity to serve that demographic, Corro says. 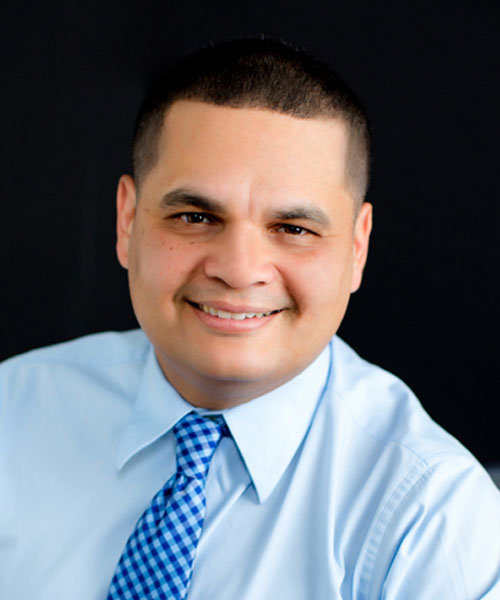 ‘Know your membership on a deeper level. The Hispanic/Latino market isn’t monolithic.’

Know your members and market

But don’t stop there. “Conduct a comprehensive analysis to get to know your membership on a deeper level because the Hispanic/Latino market isn’t monolithic,” he says. “All potential customers are not the same.”

“Generally speaking, third-generation prospects may prefer English, the second generation bilingual, and the first generation Spanish,” Corro says. “But you shouldn’t guess or assume any of these data points.”

Go beyond simply translating your website into Spanish, he advises, and don’t expect new members to easily adapt to your current products and services. “Take the time to ask, ‘What does this community need?’”

Vantage West Credit Union in Tucson, Ariz., is among a growing number of credit unions offering citizenship or immigration loans, which make the cost of naturalization and applying for citizenship easier to bear.

The product is a small but important part of the $2 billion asset credit union’s portfolio, says Luis Soto, marketing manager. “Even if it’s only for a minority of our members, it’s a good opportunity to provide value to our community.”

Vantage West also offers “Cash Please,” a payday loan alternative up to $1,000 with a 25% annual percentage rate—far lower than the 300% many predatory lenders charge. “We wanted to offer a better alternative to payday lenders,” Soto says.

The vast majority of the 60 million Hispanics in the U.S. are bilingual and U.S. citizens, Corro says. “There’s a myth that you must be a recent arrival if you speak Spanish.”

Another myth: All words and concepts translate easily between languages. The term “credit union” itself doesn’t translate literally into Spanish, he says.

Throughout the Spanish-speaking world, entities like credit unions may be called “cajas” or “cooperativas.”

While language differences may seem like an obstacle, companies can turn them into a strength. Soto points to Target’s “Without Translation” campaign, which highlights words representing Hispanic culture, such as “la sobremesa,” that would give Google Translate headaches.

Broadly speaking, “la sobremesa” refers to the tradition of spending time at the table long after lunch or dinner is done. “It’s a custom that’s common among Hispanics, especially those of Mexican descent,” Soto says. “They stay for hours just talking. You cannot literally translate this.”

Brands that incorporate such cultural awareness will find consumers responsive, he says.

Even when ideas and concepts do translate, watch for regional language variations. The Spanish you hear in Arizona is far different from what you hear in Florida, Soto says.

Many Hispanics in Arizona are of Mexican descent, specifically from Sonora. In Florida, you’ll find people from Puerto Rico, Central America, and Mexico.

In the Phoenix and Tucson markets, “most of our communication is in English because 90% of the Hispanic population speaks English,” Soto says. “But you can find cities where that’s not the case. If you don’t consider those nuances when creating a campaign, it won’t be effective.”

Both Corro and Soto suggest partnering with respected cultural or service organizations to boost trust and awareness.

Partnerships can allow credit unions to make inroads with Hispanic consumers. “If that trust is not there, they’ll see you as yet another bank going after their business.”

Vantage West seeks organizations that share the credit union’s values, Soto says. “Marketing from within works well within the Hispanic population. You need to do more than just run an ad in a Spanish language newspaper or have a billboard here and there.”

The credit union supports the Mexican Baseball Fiesta, which brings teams from the Mexican Pacific states to the Tucson and Mesa area to play during the last week of September and first week of October.

“It’s almost like their spring training,” he says. “You’ll see 15,000 to 16,000 people come to the stadiums to see how baseball is played in Mexico. That’s been a great opportunity to reach out to our members and potential members.”

NEXT: Activist and authentic marketing

Soto also believes issue-oriented activism marketing can work well if done authentically. “Corporations are trying to get into activist trends while, at the same time, consumers are savvier than ever. Consumers can identify when this is done because it’s a part of the company’s brand and when it’s done just to gain some relevance.”

Some of Vantage West’s members raised the issue of big banks and their role in Tucson and Phoenix communities. After realizing that even some of its own members didn’t fully grasp the differences between credit unions and banks, Vantage West embarked on a bold, full-market campaign dubbed “Banks Own You, You Own Us.”

Vantage West had already laid the groundwork as an institution that values building up the communities it serves, so the campaign is seen as an authentic, natural outgrowth of the brand, not an afterthought.

“It talks about the power a credit union gives the consumer to say, ‘I’m not going to bank with a big bank anymore. I’m going to go somewhere that’s committed to financial well-being for me and the community,’” Soto says.

The multichannel campaign kicked off with a 30-second awareness video emphasizing key aspects of the difference: ownership and control. Audiences could then filter through a series of 15-second videos hosted by a local media personality.

Vantage West’s 15-second videos highlight the benefits of joining the credit union, including the ease of switching.

“Once we’ve identified an audience that shares our values, the incentives we offer to overcome the friction to switch are more effective,” Soto says. “Trust me, nobody wants to go through switching their financial institutions.”

The campaign also illustrates the care needed in telling brand stories in multiple languages. Vantage West translated some of the campaign into Spanish, but the word “own” doesn’t have an exact English equivalent.

The print ad, translated from Spanish back into English, reads, “Banks own you. At Vantage West, you are in charge,” emphasizing the control aspect of ownership.

“I’ve seen a number of brands, both in financial services and other industries, blatantly say something like, ‘We’re reaching out to you because you’re Hispanic.’ That means if you don’t happen to be part of that group, you can disregard the message,” Soto says.

“It’s important to create marketing that’s inclusive and reaches out to diverse audiences but doesn’t alienate others.”