A front-row seat to history

Philip von Streicher served in Berlin during the Cold War.

Philip von Streicher knew he wanted to pursue his education. He had held a few jobs, but at 20 years old, he wanted to do something different.

He enlisted with the U.S. Army in the infantry in 1977 and soon found himself stationed in Berlin, Germany, with the Berlin Brigade during the Cold War with a front-row seat to history.

“We were living behind the Berlin Wall in a metropolitan city, but there were also British and French forces there,” says von Streicher, vice president of overseas operations for $4.4 billion asset Service Credit Union in Portsmouth, N.H. “And of course on the other side of the wall there were Soviet forces. I was living in a city where history was being made.”

He saw some of that history firsthand. 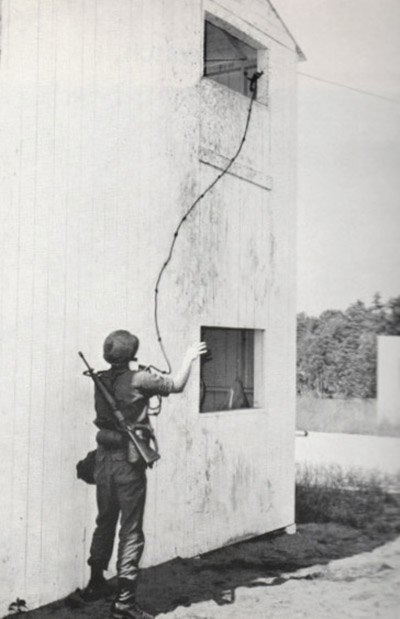 Spandau Prison in western Berlin was used to house Nazi war criminals who were sentenced to imprisonment at the Nuremberg Trials. After the last Nazi war criminal, Rudolf Hess, died in August 1987, the prison was demolished to prevent it from becoming a shrine. But not before von Streicher was assigned guard duty at the prison.

After finishing his tour with the Army in 1981 as a sergeant, von Streicher remained in Berlin, got married, raised a family—and saw the Berlin Wall come down in 1989.

He also began working at Service Credit Union, where he’s now responsible for the day-to-day operations of the credit union’s 14 overseas branches on military installations in Southern Germany.

The Army and Service Credit Union share a common focus on the mission at hand and the value of teamwork, von Streicher says.

“As long as everybody is focused on that mission, you can work together and achieve things that are incredible,” he says. “You have an obligation to your teammates to help make them better, and you also understand how much you are dependent upon every single teammate.”