Lending through the decades

During a career that spanned more than 30 years and focused largely on lending, Lloyd Gill, the retired CEO at $565 million asset We Florida Financial in Margate, Fla., was involved in product innovation, process improvement, and finding ways to say ”yes” to members’ lending needs.

Gill shares how lending has changed during his career, how it will change in the future, where his passion for credit unions comes from, and more.

CUNA News: What was your reaction when you learned about your Phil Greer Lifetime Achievement Award?

Gill: I was surprised and honored. It’s humbling to receive this award. Some of the greatest lenders in the industry have received this and I don’t know that I thought of myself as one of them, but I guess my peers did.

There are some people who have won this that I’ve known for a long time; people who have been mentors to me. It’s especially meaningful because Phil Greer was a good friend of mine. It was a big honor and I was humbled to get the call.

Q: How has lending changed during your career?

A: When I started in my mid-20s, the only automation we had was a credit bureau terminal. Everything was done on paper with a pen, or a typewriter for loan documents. There was no email and no electronic document preparation process.

Another big change was the introduction of credit scores and risk-based lending. We had credit reports, but we didn’t have scores or risk-based pricing. Everybody got the same rate.

Also, the internet revolutionized how members apply for loans and how we process and fund loans. When I started, members would often wait a few days to get a loan decision. That was considered normal. Now, with automated decision engines, members can get instant approval.

It’s amazing how far it’s come, and it’s expected and necessary to compete these days.

‘Stick to your lending fundamentals.’

Q: How will lending continue to change in the future?

A: I see consumers being less loyal overall, or at least most loyal to the companies they perceive as aligned to their values and interests and who can meet their demands for speed and service. Instead of just having one primary financial institution, they’re tending to go to best-in-class providers, many of which are fintechs.

They’re spreading the business around and that’s chipping away at credit unions’ business models over time. Increased consumer expectations coupled with competition from fintechs has the potential to erode our business little by little in the future. Credit unions have to step up their game to compete. 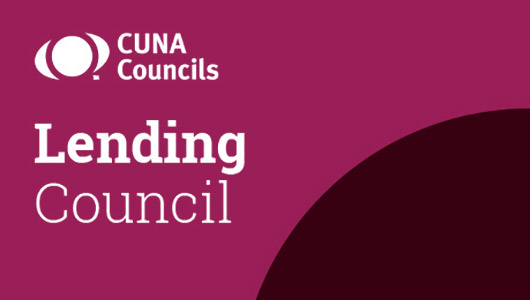 Q: What are some of your favorite memories?

A: I love mentoring people. I’ve mentored quite a few staff over the years. I’ve always looked for what was best in each of these people and tried to help them be all they can be.

I’m proud to say I’ve had quite a few people grow to higher-level positions, including one who became a CEO and another who became a senior vice president.

Q: What’s the best piece of advice you’ve received during your career?

A: Stick to your lending fundamentals. Don’t relax standards in good times and don’t pull back in the bad times. Be steady throughout.

Also, just because the bank down the street may have a particular product doesn’t mean we should because it might not be in the members’ best interests.

Q: What is it about the credit union movement that’s kept you here for more than 30 years?

A: You can see the fruits of your labor come to pass with individual members you’ve helped; somebody’s life you’ve impacted in a positive way. I’ve seen that over and over.

It’s fulfilling to work in a credit union and see the passion employees have and how much you can help people. There’s a lot of caring among credit union staff toward their members and that’s one of the best things about it.