Campaign taps into the power of AI-driven, targeted digital advertising.

That’s why the CU Awareness team is taking the long view with steady, targeted digital outreach to grab the attention of the 56% of U.S. consumers who don’t have a credit union relationship.

CUNA News: Why are you doing this campaign?

Madison Homan: Credit unions’ share of the financial services marketplace has been stagnant at roughly 7% for 25 years. In addition to market share stagnation, fintechs like Marcus and SoFi quickly ramped up as major competitors, making 36% of the personal loans in 2019—no branches, no paperwork.

They have an app and target paid digital marketing to their ideal audience—millennials. Add to this the fact that two persistent myths about credit unions are slow to be dispelled: “I can’t join” and “it’s difficult to access my money.”

These myths interfere with consumer perceptions and top-of-mind consideration for credit unions. 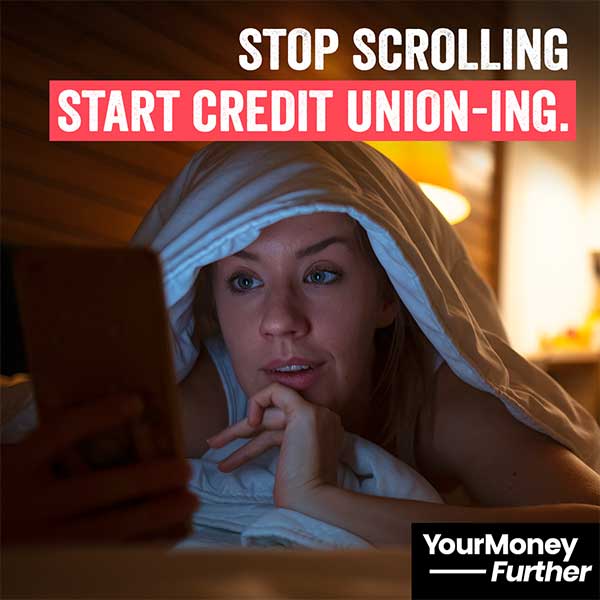 CUNA data shows 44% of Americans have a credit union relationship. The Open Your Eyes to a Credit Union campaign is designed to dispel myths over time to increase consumer consideration for the “credit union” brand.

The campaign is a long-play strategy of credit union awareness meant to be both nimble and laser-focused on the delivery of pro-credit union brand identification. When consumers are better informed, individual credit union marketing will be more effective in attracting newly aware consumers as members.

Q: What is the campaign designed to do?

A: The campaign is designed to increase consumer awareness and top-of-mind consideration for the brand, credit union. In states where the campaign is launched, consumers who are “in-market” for a financial service are served targeted, relevant, and timely digital advertisements while they are engaged in their typical online behaviors.

The campaign is designed to efficiently deliver ads that align best with the persona or life stage of the person on the other side of the screen. Ninety-three percent of consumers who are served ads and click through to learn more do so on their mobile device.

We are helping bolster and develop an entirely new audience of future credit union members using the medium they prefer to engage with. According to initial research, 75% of consumers who view the Open Your Eyes campaign ads said they would consider a credit union for a future relationship.

The Open Your Eyes to a Credit Union campaign launched a little more than two years ago, growing from one state to 25. We have learned so much and continue to learn every day.

A campaign like this has never been done before so annual consumer research and daily campaign performance data inform the progress towards the campaigns KPIs and consideration goals.

To sum it up, we’ve learned three major themes:

3. The campaign’s effectiveness is dependent on both the paid digital marketing and the physical use of customized campaign marketing by credit union contributors’ in their own markets. Digital advertising captures and informs consumers about credit unions, but it’s the credit unions that bring the brand to actualization in their local markets.

NEXT: How the pandemic affected the campaign

Q: How did the pandemic affect the campaign?

A: The pandemic presented an opportunity to pause and reflect on how our digital advertising was perceived in the uncertain economic environment. We used this time to retool and reimagine some of our creative assets to take this new climate into account.

Our digital-first strategy proved to be a big asset for credit unions during the pandemic, as everyone was forced to stay home and much of our lives were centered around digital consumption. We were fortunate to see an increase in consumers interacting with the campaign's digital advertisements throughout Q3 and Q4 of 2020.

This momentum has propelled our campaign into an extremely successful Q1 2021.

Q: What is the biggest misconception about the campaign?

A: The most familiar and common marketing in our industry is direct response—promotions for auto loans, mortgages, or membership with a focus on a return on investment. The Open Your Eyes campaign is not designed to be direct response, but instead a cost-efficient, long-term, large-scale approach to building the credit union brand using targeted paid digital advertising. 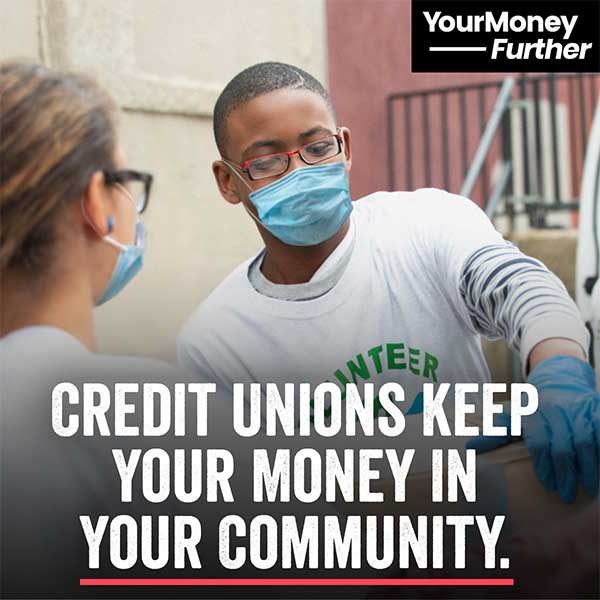 By raising brand awareness, the campaign is increasing the effectiveness of individual credit unions’ marketing efforts while grabbing the attention of the 56% of consumers in the U.S. who don’t have a credit union relationship. There will be an industry return on investment over a period of years as we increase top-of-mind consideration for credit unions.

Q: What is new about the campaign?

A: As the campaign grows and evolves, we continue to develop new opportunities to enhance both strategy and credit union utilization. Many of these new concepts are brought to life by our current contributors.

Q: How will you know the campaign is moving more consumers to consider credit unions?

A: The ultimate barometer of campaign success is seeing an increase in credit union market share. However, this is a long-term goal.

In the near-term, we strive to increase consideration for the credit union brand, which we measure annually in launched markets. According to our research, we have already seen the needle begin to move in states and regions where the campaign has been live the longest and the media budgets robust.

A: In 2021, you can expect to see more credit union participation, state launches, more partnerships with social media influencers, and additional strategic offerings from service providers to help our contributors maximize their utilization with the campaign.

Knowing that awareness campaigns are a long-term strategy, we expect to continue seeing increases in awareness and consideration in states and regions that participate fully in the campaign.