The Federal Reserve’s tapering of Treasury and mortgage-backed securities will lead to higher interest rates.

The Federal Reserve has a dual mandate granted by Congress to promote maximum employment and price stability. Traditionally, the primary tool employed to achieve these objectives has been the use of the federal funds rate, also known as the short-term nominal interest rate.

When the economy is weak, the Fed lowers the short-term interest rate to stimulate investing and consumption. It raises this rate when the economy recovers and prices start to rise.

This impacts the prices of different assets, including stocks and exchange rates.

During the Great Recession, however, this traditional monetary policy was insufficient to turn around the declining economy. The Fed lowered the short-term interest rate close to zero, but the economy was still weak. 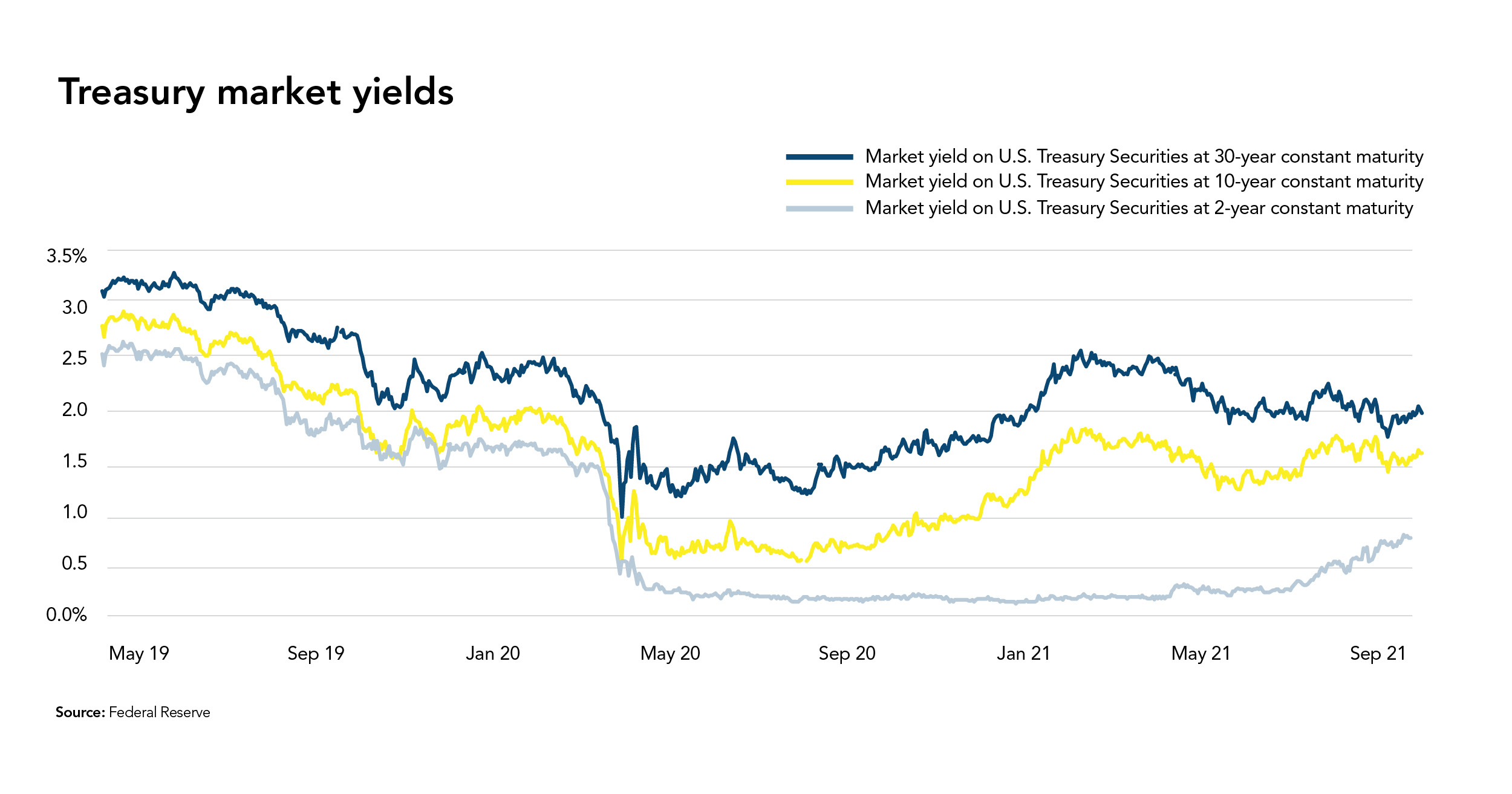 The rate reached the “zero lower bound” and could not go lower. Therefore, the Fed resorted to another tool to stimulate the economy: the purchase of large-scale assets, also known as quantitative easing.

This practice stimulates  the economy through its effect on long-term interest rates. It also changes the relative supply of assets available for investors.

Quantitative easing during the pandemic

The coronavirus pandemic caused the largest decline in economic activity since the Great Recession. Second-quarter gross domestic product in 2020 declined at an annualized rate of 33%, and 22 million people lost their jobs in March and April of that year.

The unemployment rate reached a peak of about 15%, consumer spending declined more than 20%, and prices plummeted.

The Fed responded to this crisis by employing the tools it has at its disposal to mitigate the pandemic’s damage to the economy.  Among other measures, it cut interest rates, provided forward guidance about its plans for interest rates, and restarted its program of purchasing large-scale assets, specifically Treasury securities and agency mortgage-backed securities (MBS).

First, the Federal Open Market Committee (FOMC) announced it would cut the federal funds rate by one-half of a percentage point on March 3, 2020, to support maximum employment and price stability.

On March 15, 2020, it announced it would further cut rates by one percentage point to zero lower bound, which effectively exhausted its traditional monetary policy response.

It simultaneously introduced forward guidance and indicated it would increase its holding of Treasury and MBS by $500 billion and $200 billion, respectively, in the following months.

The FOMC announced it would purchase $75 billion in Treasury securities and $50 billion in agency MBS each business day during the week of March 23, 2020. It has since made these purchases with varying amounts and frequency.

The FOMC announced it will end this program by the end of March 2022 as inflation soared to a 40-year high.

NEXT: Economic growth and interest rates

There are two main channels through which quantitative easing affects interest rates and stimulates economic growth: signaling and portfolio rebalancing.

The Federal Reserve sends a signal to markets about the future path of the federal funds rate through its forward guidance, clearly communicating its policy about what it will or will not do.

In addition, it shows credible commitment to keep interest rates low by purchasing a large quantity of assets. Investors know that if the Fed raises interest rates while holding these assets, it will lose money on them.

This sends a powerful signal, which lowers the yield on all bonds with effects depending on bond maturity. The impact will be larger on intermediate maturity bonds compared to long-term maturity bonds.

This is because the Fed’s commitment to keeping rates low will last only until the economy recovers, at which point it will sell the accumulated assets. (“Treasury market yields”).

Quantitative easing also impacts the economy and rates through a mechanism known as portfolio rebalancing.

When the Fed purchases large-scale assets, it reduces the size of securities the private sector holds and increases the amount of short-term, risk-free bank reserves.

The Fed does this by bidding up the price of these assets, which lowers the expected return.

Treasury securities have a term premium. This premium is associated with holding assets with a long duration and the interest-rate risk that comes with it. 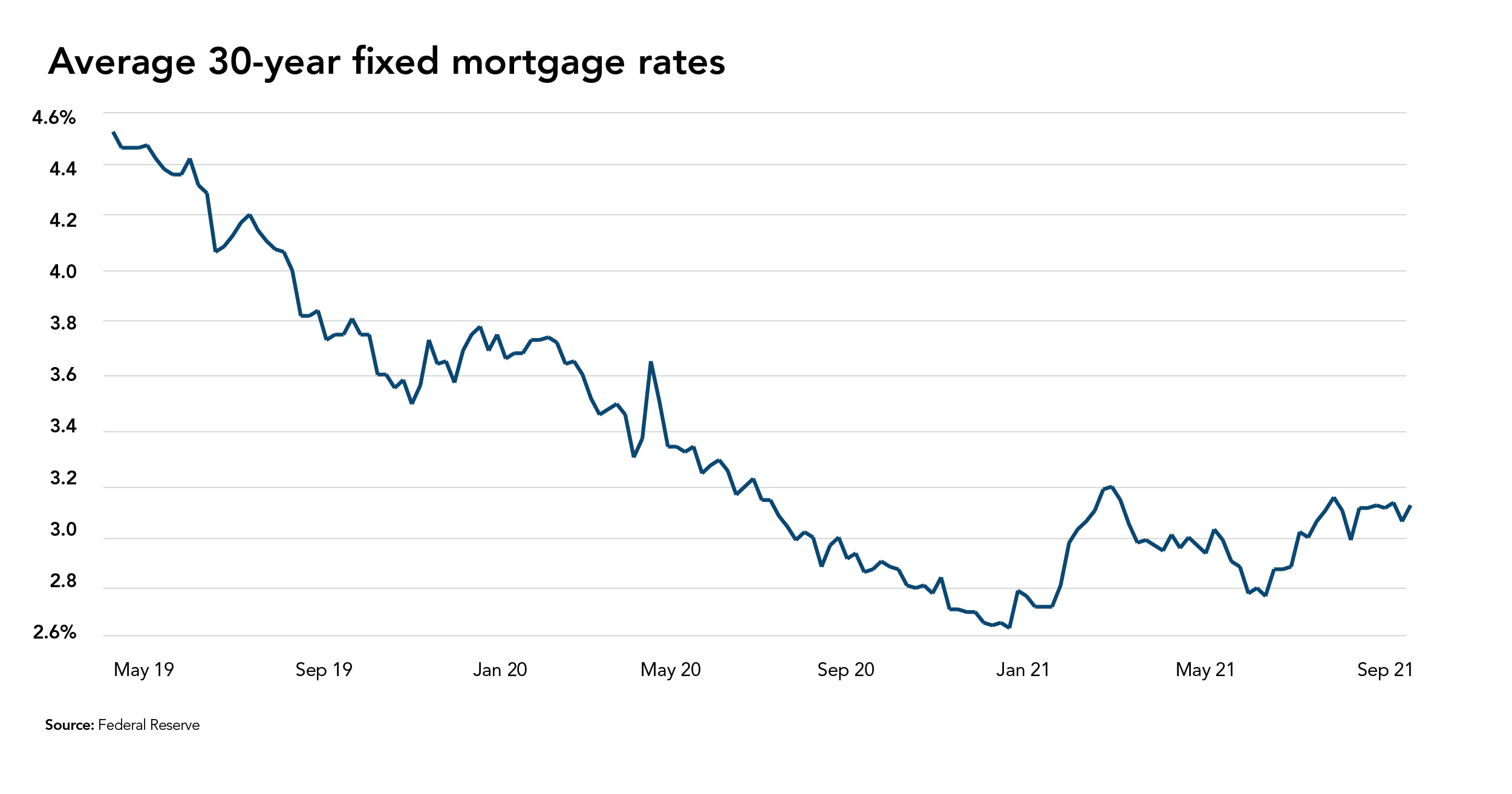 It represents an additional return investors want to have for accepting fixed long-term yields.

And it must be above the average of expected future short-term interest rates.

The Fed’s purchase of a large quantity of these long-duration assets reduces the risk and should lower the premium to hold that risk.

This portfolio rebalancing not only reduces the yield on the long-term assets being purchased, it also spills over to yields of other assets.

Low prospective returns on Treasuries and agency MBS lead investors to shift some of their portfolio to other assets, such as corporate bonds and equities, bidding their prices up.

Individual borrowers will find interest rates on long-term loans such as mortgages lower than they would otherwise be.

The value of assets held by households and firms will also be higher.

The Federal Reserve will end its quantitative easing program in March 2022. It is also expected that there will be three federal funds rate hikes this year.

As a result, the yield on long-term securities and borrowing costs for consumers will also start to increase.

DAWIT KEBEDE is senior economist for Credit Union National Association. Contact him at 608-231-5791 or at dkebede@cuna.coop.

This article appeared in the Spring 2022 issue of Credit Union Magazine. Subscribe here.