Offering cryptocurrency services is a way to maintain relevance in the payment space.

Cryptocurrencies were invented in 2008 as a way to exchange value without the intervention of financial institutions or regulators. Initially, many financial experts doubted its long-term prospects because the currency exchanged held no regulated or intrinsic value.

But crypto has grown steadily in the U.S. and around the world. Crypto ownership increased 37.8% globally in the past year, according to research from GWI.

According to a study by NYDIG, more than 46 million Americans—22% of adults over the age of 18—have invested in bitcoin, which is the most popular form of cryptocurrency.

But more importantly for credit unions, 82% of those bitcoin investors would be more comfortable purchasing cryptocurrency through their financial institution, according to NYDIG, which works with financial services and other industries to offer bitcoin.

His team dug deeper, using data analytics to see whether members were purchasing bitcoin or other types of cryptocurrency.

“Some of it was hidden because of purchases made with PayPal and similar services, but it was obvious we had a fair amount of activity with bitcoin,” Wilden says. “We want to make it as easy as possible for our members to make investments or purchases in a way that provides them with confidence in their access to the marketplace.

“When you think about it from a member point of view,” he continues, “do they really want to go to a third-party app they’re not familiar with to purchase bitcoin, which is something new to them anyway?”

Idaho Central members interested in purchasing bitcoin access a widget through the credit union’s internet banking app. Behind the scenes they are connecting with NYDIG, where first-time users are guided through the application process, Willden explains.

The involvement of financial institutions in the cryptocurrency ecosystem is primarily about access, says Rahm McDaniel, head of banking solutions at NYDIG.

The other issue is friction, he says. “If I need to withdraw my funds, I need someplace to go. Members feel safe doing that through their credit union.”

From a financial institution perspective, offering cryptocurrency services is a way to “continue to be relevant in the payment space,” says Jennifer Lown, chief experience officer at $730 million asset Oklahoma’s Credit Union, which began offering Bitcoin through NYDIG in April.

“Those funds were leaving the credit union,” Lown says. “Crypto was a way for us to earn additional noninterest income by being a part of those transaction fees. And while the funds aren't staying on our balance sheet, members see them inside their digital banking. It appears with their other accounts.” 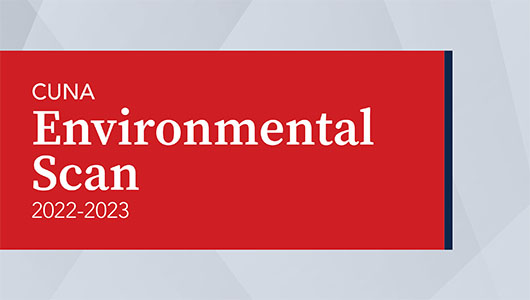 “It's similar to offering wealth management services or additional products outside of what is insured by NCUA,” Lown says. “If our members are going to use those products anyway, our preference would be for them to use them with us.”

Willden adds that members receive a full disclosure before making any bitcoin purchases.

“It’s clear that their money is being transferred from the credit union,” he says. “But even considering that, the vast majority know what they’re getting into. They understand bitcoin and cryptocurrency, and that there’s a level of volatility involved.”