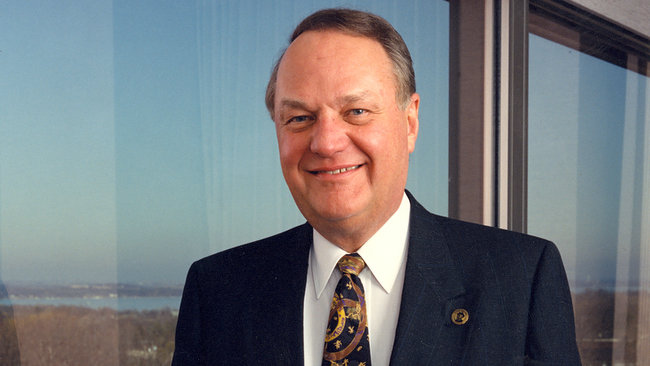 NEXT: Photos of Heins throughout the years 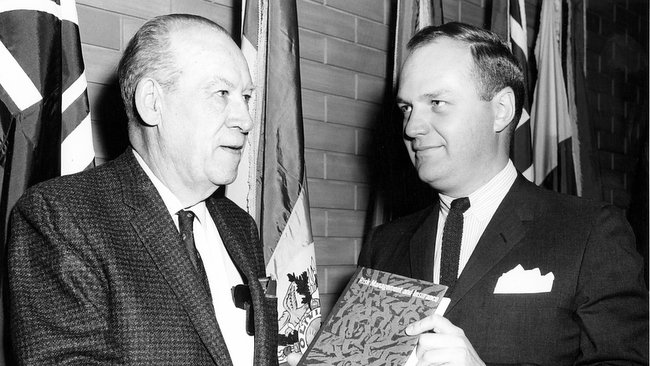 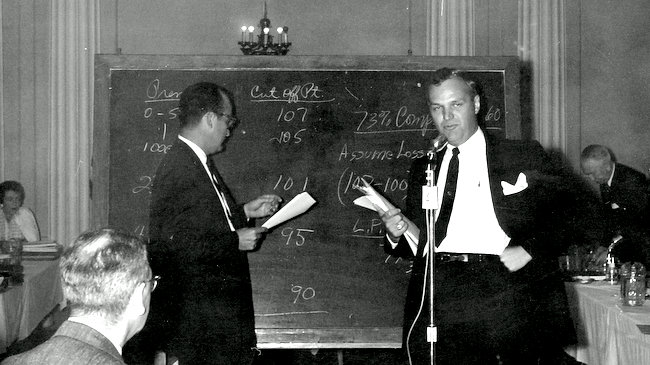 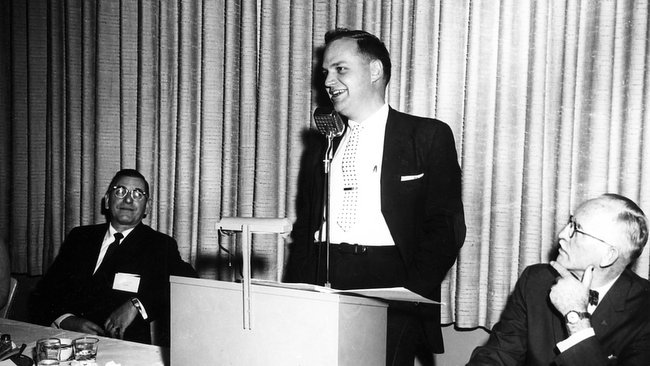 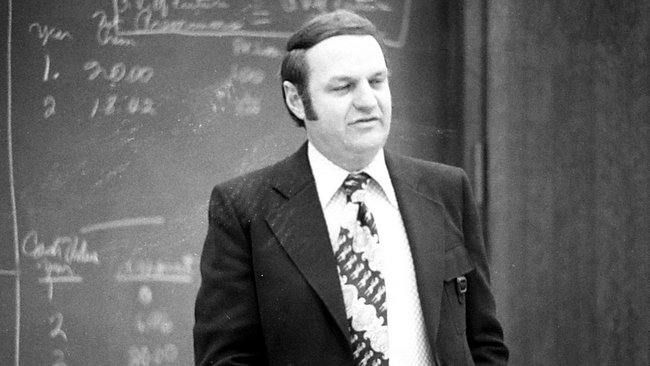 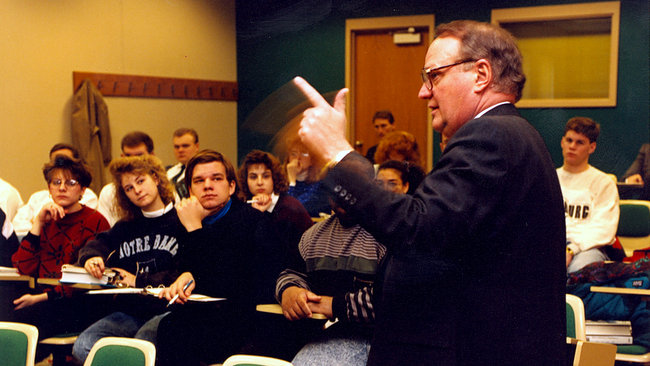 Affectionately known as “Doc” to his students and colleagues, Heins taught risk management and insurance and business law at the University of Wisconsin-Madison School of Business for more than 30 years. 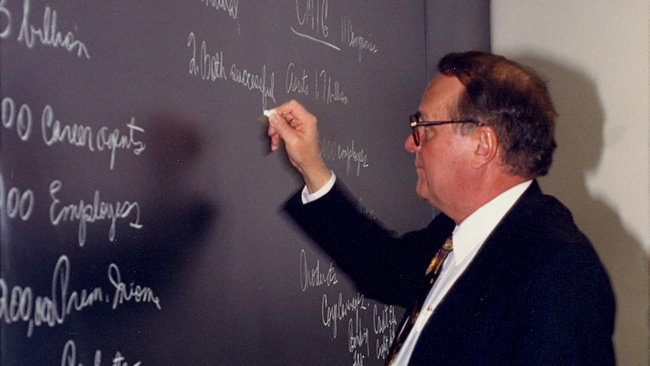 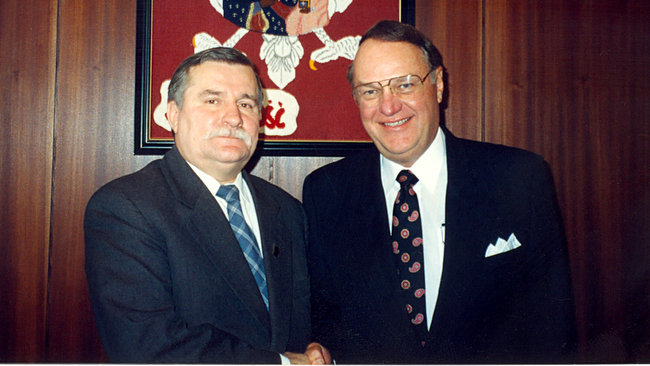 Heins supported the international CU movement, including support for rebuilding CUs in Poland after the demise of that country’s communist regime. In October 1990, he visited Poland and met with Lech Walesa (left), leader of the Solidarity government. 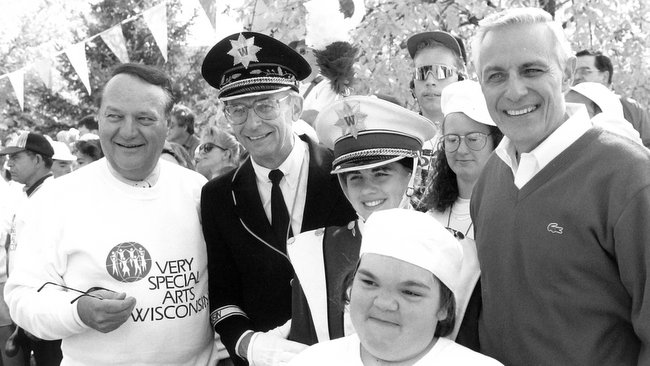 Heins was a strong supporter of UW-Madison and a true Badger. Above, he poses with UW Band Director Michael Leckrone, other band members, and members of the Very Special Arts Marching Band, during a UW Badgers football game in October 1992. 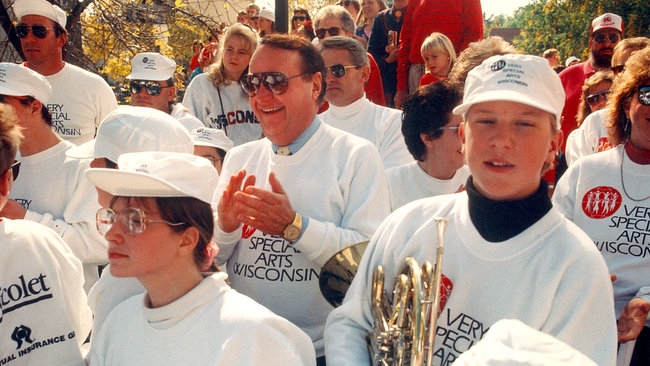 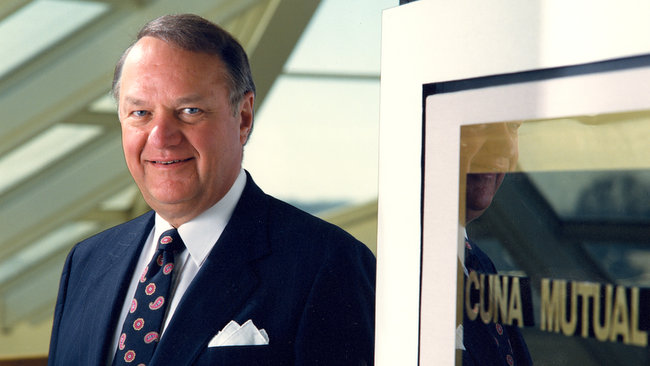 A major accomplishment under Heins’s leadership was the signing of the permanent afﬁ liation agreement with the Century Companies of America in Waverly, Iowa. The move allowed CUNA Mutual to market individual life and annuity products to CU members. Here’s Heins at the CUNA Mutual Group headquarters in Madison, Wis. (Photos provided by CUNA Mutual Group)