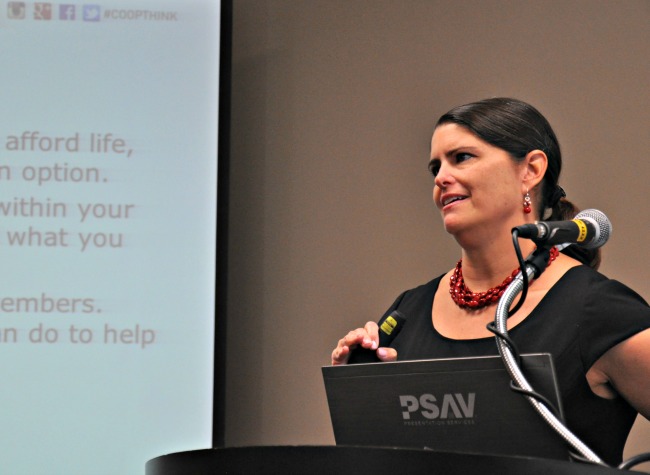 Gigi Hyland, executive director of the National CU Foundation, says CUs can improve their recognition nationally by trumpeting the good work they do daily.

When the executive director of the National Credit Union Foundation explains to people what she does for a living, she draws blank looks far too often.

A lot of heads nodded along with that comment during Hyland’s presentation at CO-OP Financial Services’ THINK 14 Conference in New Orleans, where a survey of attendees revealed most believe credit unions need greater awareness.

Credit unions are good at “walking the walk,” but they need to do a better job of “talking the talk,” according to Hyland.

“The challenge is explaining ourselves in a way that really resonates with members and consumers,” Hyland says.

By fostering relationships with other entities in the community, such as fellow cooperatives and nonprofits, Hyland says credit unions can raise awareness of who they are and better communicate the powerful message that they’re there to “help people afford life.”

Other takeaways from THINK 14: