Hitting a Grand Slam for Awareness 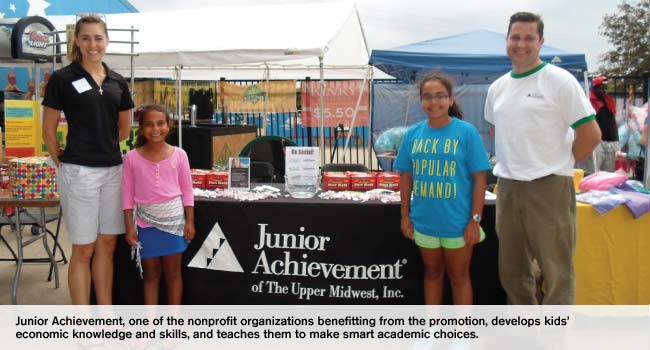 TopLine Federal Credit Union recently went to bat for a variety of nonprofit agencies in Minnesota's Twin Cities by adding a "give back" twist to the "throwback" sports phenomenon.

For the second straight year, the $352 million asset credit union in Maple Grove, Minn., partnered with the St. Paul Saints, a minor league baseball team, to host Charity Give-Back Night at the ballpark. 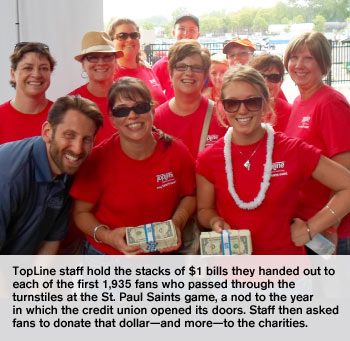 The July event created greater awareness of the credit union difference—one of the three central aims of the Unite for Good campaign—and also demonstrated TopLine's commitment to building stronger communities for its members.

TopLine staff gave $1 to each of the first 1,935 fans to pass through the turnstiles, a nod to the year in which the credit union opened its doors. The credit union asked fans to donate that dollar, along with some of their spare change, to one of eight local charities represented at tables inside the gates.

"I think we can say we hit it out of the park" says Vicki Erickson, the credit union's vice president of marketing. TopLine's commitment to serving the community also includes offering financial education and counseling programs that earned two CUNA awards earlier this year.