Everyone wants him on their team

“This place raised me,” says Glenn Griffin, who started as a teller and worked his way up to a branch manager position at $1.2 billion Commonwealth Credit Union, Frankfort, Ky.

“This credit union has been very important to my personal growth,” Griffin says. “I see my work as a career, not just a job.” 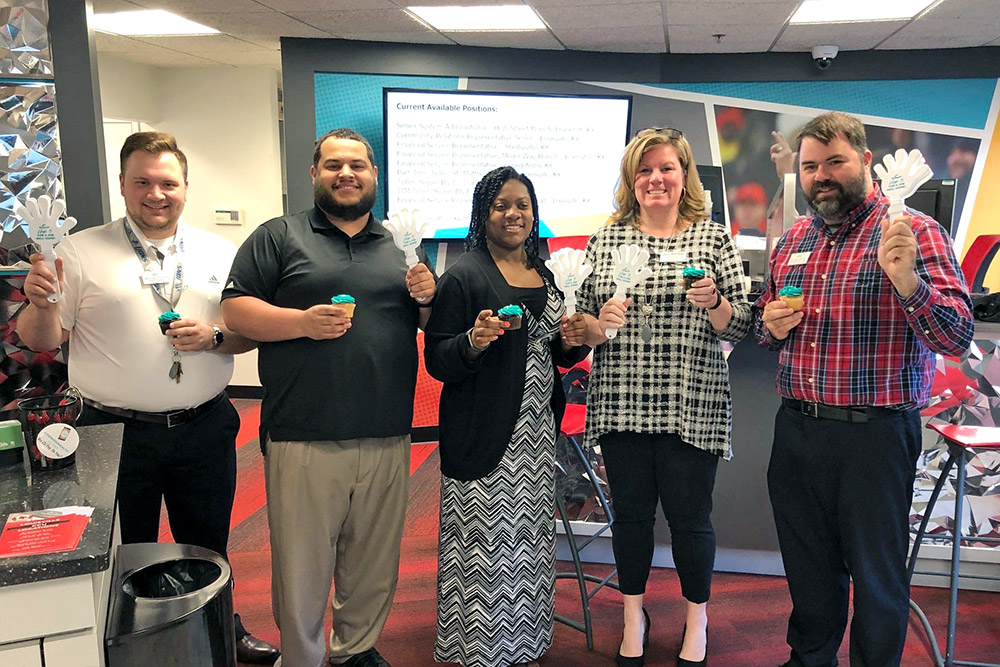 Griffin says he views his credit union peers as an extended version of his family. “I tell people to always lead with your heart. Establish a relationship and earn trust before moving to a more formal member-credit union relationship. I operate on the basis of reciprocity: Teach them. Learn from them.

“When we have to turn down a loan request we don’t say ‘no.’ We say ‘not right now,’ and give that member the kind of information that will help them budget and raise their credit score, and then come back to us,” he adds.

“If we have to turn down a staffer who’s applied for a position, I’ll call that person to explain why they didn’t get the position but also talk about the good things they brought to the table.”

Commonwealth Chief Operating Officer Gloria Thomas, who nominated Griffin for Rock Star status, pays him the highest accolade: “Glenn is the individual everyone wants on their team.”

Griffin says learning patience is important when deciding to take on a task. “I give that advice when I’m mentoring,” he says. “Sometimes a person I’m mentoring doesn’t realize they’re already shining. Once they do, it becomes a wonderful ‘aha!’ moment.”

To date, his hardest task was assisting in managing the merger of two smaller credit unions into Commonwealth. “They came into the merger with decidedly different services, products, cultures, staffs, and members,” he says. “We introduced new technology and products to our newly acquired members, and they happily embraced us.”

Griffin loves motor vehicles of all types. “I’ve had more cars—gas or electric—than most people twice my age,” he says.

The credit union has a gas-powered golf cart with all-terrain wheels at its campus branch that he’s been challenged to race against a colleague’s electric-powered cart.