Striving for a common goal

Navy service taught Nick Hellmich how to lead by example.

Whether serving in the military or assisting credit union members with their financial needs, success requires working together as a team to achieve a common goal.

“The power of one person alone isn’t the same as that of 1,000 people working together,” says Nick Hellmich, branch manager at $253 million asset Wauna Federal Credit Union in Clatskanie, Ore. “We’re all working together as one toward a common goal.” 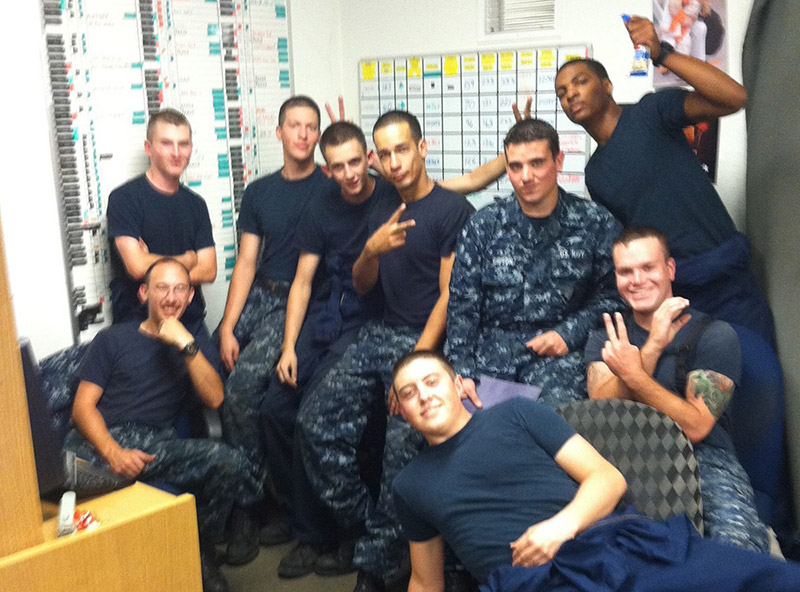 Click to enlarge. While they worked hard to accomplish their mission, Nick Hellmich, fourth from left, and his Navy buddies also knew how to relax.

Hellmich enlisted in the U.S. Navy after high school. While stationed at bases in Virginia Beach and California, Hellmich worked on aerial refueling stores—which allow pilots to learn how to refuel aircraft in midair—and later worked on the engines of F-18 Super Hornets.

“I was in two training squad wings, but ironically enough I was never on a ship,” he says.

After being medically discharged from the Navy, Hellmich worked in collections on the for-profit side of the financial services industry. He joined the credit union movement five years ago.

What credit unions stand for and how they operate closely mirrors the beliefs and values Hellmich experienced in the military.

“It really aligned with the military standards of never leaving a fallen soldier, putting others before yourself, and selfless sacrifice,” says Hellmich, who achieved the rank of Airman (E-3). “It’s about trying to make someone’s life better.”

Hellmich says his time in the Navy had an impact on his leadership style.

“It taught me to lead and to lead by example,” he says. “Don’t just be a manager and tell people what to do, but actually get into the trenches, roll up your sleeves, and help with all of the day-to-day tasks that need to be done.”