Credit unions are partnering with a national program to bring scale and standardization to improving underserved consumers’ financial well-being.

The State of Illinois thought so much of the program that it established a Bank On Illinois Commission to ensure implementation included strong cooperation among regulators, lawmakers, social organizations, and financial institutions.

In addition to serving on the commission, Lee chairs its financial empowerment committee.

Lee and others who advocate for Bank On Illinois say its standardization, which is relatively straightforward for financial institutions to follow and easy for consumers to understand, makes the program attractive and gives it potential to scale nationally.

“If we’re going to serve the underserved in this country, this is how it can be done,” says Lee says. “We need common building blocks we can replicate over and over among like-minded financial institutions.”

When Lee joined KCT in 2013, the biggest check casher in credit union’s service area was a local liquor store. Bank On Illinois allows the credit union to develop relationships with previously unbanked consumers and introduce them to KCT’s financial wellness programs.

Lee paraphrases a well-known adage: “You can give a person a fish and they eat for a day. But if you teach that person to fish, they eat for a lifetime.”

‘We need common building blocks we can replicate over and over among like-minded financial institutions.’
Mike Lee

He laments the “strike one and you’re out” mentality that locks consumers out of the checking system after a bad experience with a financial institution.

"It's prohibitive,” he says. “They end up outside the system but they’re not bad people. They’re not criminals.” 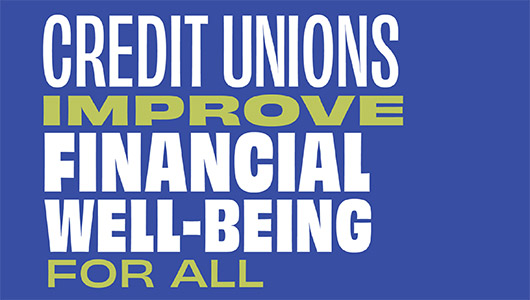 Ivey worked with the City of San Antonio to implement Bank On.

Bank On is one way to demonstrate a community’s commitment to improving people’s financial stability and bring them into the financial mainstream, he adds.

Government involvement is an important part of promoting Bank On, Ivey says, because many consumers don’t know what resources are available to them. Plus, many financial institutions fail to sufficiently promote their financial wellness offerings.

“This provides a way to not only help people find these accounts,” he says, “but to scale the program.”