Foulke's letter discusses what he saw on the humanitarian trip, what the citizens of Poland and Ukraine need during the Russian invasion, and how the credit union movement can help by raising funds to purchase two ambulances.

“The one request that stood out was the need for 500 ambulatory transport vehicles, equipped with medical equipment, to transport wounded and sick refugees out of the war area quickly and safely to Polish hospitals,” Foulke writes, adding that each ambulance costs about $75,000. “We are asking United States credit union leaders to consider supporting this cause by contributing to a relief effort account set up by the Polish Credit Union Association, with no administrative fees. As funds are collected, they will be distributed directly to the Polish Government, who can purchase these vehicles and place them into service in an expediated manner.

“I am asking that you consider a lifesaving donation to this cause and consider pledging funds towards the purchase of two ambulances,” he continues. “I will personally make sure that for those who donate that there will be a plaque thanking the credit unions that made it possible attached inside the vehicle.”

To learn more and view wire information, visit Poland’s National Association of Cooperative Savings and Credit Unions webpage at https://pacus.skok.pl/. Foulke says any amount will directly help save lives in Europe, recalling his recent trip with Brian Branch, former CEO of the World Council of Credit Unions, to illustrate the need for aid.

“It was a very sad moment in my life to see the refugees and how concerned they were for their families and for their homeland of Ukraine, and for the ones still remaining home and fighting,” Foulke writes. “Americans, and especially credit unions, are known for generous giving in times of need. This is one of those times.”

The fund, which has raised over $100,000, is an initiative of the Credit Union League of Connecticut. The donations are intended to support impacted Ukrainians and Ukrainian-Americans, both at home and abroad.

The fund was launched Feb. 28 by the Worldwide Foundation for Credit Unions (WFCU) to unify credit unions to support Ukrainian credit unions throughout the ongoing conflict in Eastern Europe.

“We are grateful to our supporting credit unions for ensuring that the Foundation had the resources available to support the Ukrainian credit union system during this extraordinarily difficult time,” says Bobbi Grady, director of the SECUF, which is the charitable arm of the League of Southeastern Credit Unions & Affiliates (LSCU & Affiliates). “Our thoughts and prayers are with those affected, and though we are separated by distance, we are proud to assist in relief efforts and aid from afar.”

LSCU & Affiliates serves Alabama, Florida, and Georgia credit unions through charity, community, and cooperation. The SECUF has a Disaster Relief Fund that is available to assist credit unions, employees, and volunteers during emergency.

“The heart of the credit union mission is people helping people. Regardless of where they may be, we are committed to standing united with credit unions and Leagues across the country in helping our Ukrainian neighbors overcome the ongoing crisis overseas,” LSCU & Affiliates CEO Patrick La Pine says. “We are honored to support this cause, and we are fortunate to be aligned with credit unions that have a desire to help those affected by the Ukraine humanitarian crisis.”

“The response by credit unions in North and South Carolina has been overwhelming,” Carolinas Credit Union League President/CEO Dan Schline says. “We know there is great need in Ukraine and it’s terrific to see how credit unions in our two states and across the country have stepped forward to help.”

The League and Foundation set out March 25 to raise $50,000 by April 1. They easily surpassed that, starting when Vizo Financial Corporate Credit Union, which launched its own fundraiser within the fund and promised to match donor contributions up to $25,000. By early April, more than 20 Carolinas credit unions donated to support Ukraine.

“Credit unions lead with their head and their heart and that is what makes our industry truly remarkable,” Carolinas Credit Union Foundation President Lauren Whaley adds. “The generosity of credit unions in the Carolinas, coupled with donations from across the world, will assist our credit union friends in Ukraine at a time when it is most needed.”

“Credit unions are about helping people,” CEO Scott Rains says. “With the events unfolding in Ukraine, many people are suddenly refugees with no place to call home. This donation, along with others from the credit union movement, will assist Ukrainian credit union members and employees with much needed assistance.”

Eagle Community’s press release, which invites others to donate to the fund by texting CUS4UKRAINE to 44-321, says the credit union remains committed to supporting Ukraine’s humanitarian plight.

“We are honored to be involved in such an effort,” Rains says. “This is just one example of why credit unions exist—to take care of their members and so many others within the communities they serve.”

“It is our honor to support the efforts of our fellow financial institutions in providing much-needed relief to the Ukrainian credit union system,” We Florida Financial President/CEO Robert D. Ramirez says. “We hope our contribution can assist in providing aid to the people that have lost their homes, jobs, and financial security—both now and in the future—as they navigate these incredibly horrific times. We also ask that our local colleagues join us with their support.” 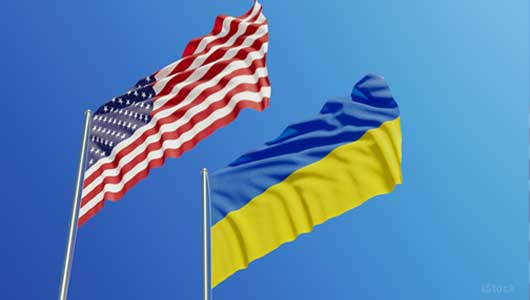 How you can help:

The Russian invasion of Ukraine directly affected at least one employee of the $630 million asset credit union in Margate, Fla. We Florida Financial Compliance Specialist Tatiana Wright, who was born in Eastern Europe and has a grandmother living in Ukraine, says, “It means a lot to me to be part of a team that is making an effort to help people and organizations across the ocean and hours away, and to show that they are not forgotten; not left alone to fight for survival.

“People just want a safe place to sleep, warm food on the table, and a hug from their loved ones,” she continues. “These are such simple things that are taken for granted but mean so much during these uncertain times. I feel humbled that the organization I work for has committed to helping.”

Kitsap Credit Union donated $10,000 to the United Nations Ukraine Humanitarian Fund (UHF) and started a media campaign to encourage others in the community to help displaced Ukrainians.

“Our hearts and thoughts go out to our Ukrainian neighbors, and although separated by distance, we stand beside them at the most devastating moment of their lives,” says Shawn Gilfedde, CEO of the $1.8 billion asset credit union in Bremerton, Wash.

To encourage members and others in the community to donate, Kitsap started a campaign using animated messages, informational posts, and employee appeal videos in their branches, as well as on their website and social media platforms.

Learn more about UHF or make a tax-deductible donation here.

“From thousands of miles away, we stand with our movement and remain committed to supporting Ukraine’s humanitarian plight as local credit unions, staff, and members are besieged by a lack of food, water, housing, and other supplies and operational resources,” California and Nevada Credit Union Leagues President/CEO Diana Dykstra says. “Our trade association’s daily mission to help credit unions change people’s lives is emboldened during times like these, no matter where the devastation is taking place and help is needed.”

“This is just one example of why credit unions exist—to take care of their members and so many others within the communities they serve,” Dykstra says. “We are proud of our California League and Nevada League boards and our credit unions, and we are honored to be involved in such a noble worldwide effort.”

“We are deeply saddened by the humanitarian crisis unfolding in Ukraine and felt moved to provide any support we could to those directly impacted,” Great Lakes Credit Union President/CEO Steven Bugg says. “Credit unions across the world have a history of uplifting and supporting our most vulnerable communities. We are honored to make this contribution to the Ukraine Relief Fund.”

For more information on the fund, visit selfreliance.com/supportukraine.

This compilation will be updated as credit unions continue to support Ukraine. Read more about how credit unions in Chicago, Oregon, Pennsylvania, and elsewhere are responding.