While cryptocurrency and blockchain have been in the lexicon for several years, consumers and financial institutions are still wrapping their minds around the impact the technology will have. Many questions are unanswered, but some credit unions are dipping their toes into the space.

More than 10% of UNIFY Financial’s bitcoin members don’t have other services with the credit union.

“You see members dip their toe into the water; do a $10, $15, or $25 transaction; and watch how it performs,” says Chief Financial Officer Greg Glawson, who participated in a session at CUNA Mutual Group’s Discovery2022 virtual conference. “Two or three weeks later, they come in with a much larger transaction.”

Visions Federal Credit Union in Endicott, N.Y., has seen a similar response since giving members the ability to buy, sell, and hold bitcoin in January 2022. As of early August, members at the $5.3 billion asset credit union have conducted nearly 4,000 cryptocurrency transactions, with more than 1,000 members purchasing bitcoin.

To help members navigate the process, Visions Federal Vice President of Digital Assets Joe Keller stresses the importance of credit unions staying “crypto neutral.” Rather than pushing members toward or away from crypto, employees look at how crypto fits with members’ financial wellness and educates interested members about their options.

‘Explain what crypto is and why you’re offering it, and maintain that message going forward.’
Greg Glawson

“Take time to build your knowledge and awareness,” advises Cynthia Schroeder, Visions Federal’s senior vice president of digital assets. “We have a responsibility to monitor disruptors. These are disruptors, but they could be an opportunity for our credit union. We should take opportunities to be different, dig in, and find out how we can be better.”

Part of that process is taking a wait-and-see approach on some aspects of the technology. UNIFY Financial and Visions Federal are enabling members to buy, sell, and hold bitcoin, but they haven’t implemented technology such as smart contracts, identity verification, and nonfungible tokens. 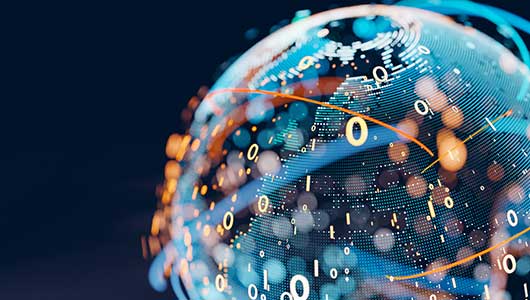 Schroeder believes the technology will have exciting uses in the next five to 10 years, although Keller notes that credit unions don’t necessarily need to get involved in every aspect of digital assets.

“Just because it’s new and it’s cool doesn’t mean we need to do it,” Keller says. “We need to put on that risk manager hat. Does it solve anything today? What does it cost to convert? How does it impact the member experience, employee engagement, and the bottom line?”

Regardless of its potential uses, Glawson says crypto has a place in UNIFY Financial’s strategy because it’s part of meeting members where they are.

“We have a duty and obligation to serve our members in the best way possible,” he says. “Explain what crypto is and why you’re offering it, and maintain that message going forward.”