A can of spray paint turned a UW Credit Union billboard promoting togetherness during a public health crisis into a conversation starter about racism and social justice.

In March, UW Credit Union in Madison, Wis., deployed a billboard with the message, “Even when we’re apart, we stand together,” to support the community during the coronavirus (COVID-19) pandemic. The billboard was due to be replaced last week, but when crews went to remove it, they found a graffiti artist had spray painted “George Floyd” over the bottom third of the billboard.

“I didn’t immediately see the vandalism or graffiti. I was just struck by how the graffiti artists chose the message and added George Floyd to it,” says Anne Norman, chief marketing officer at the $3.3 billion asset credit union. “And then it transcended the COVID-19 pandemic to the current conversation about racism and social justice.”

Protests and conversations about racism and social justice have flooded the country in the wake of the murder of George Floyd on May 25. Norman learned about the billboard in an email from the outdoor advertising company.

“I would describe what happened as a moment of hurt and gut reaction,” she says. “In business we use our head to have strategic business discussions and make decisions. This one came from the heart.” 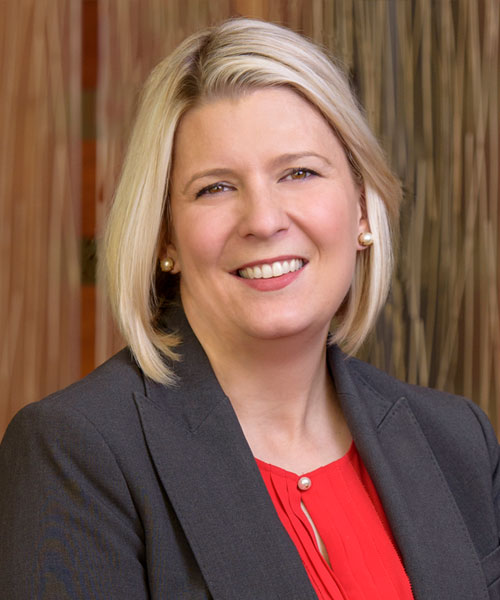 ‘In business we use our head to have strategic business discussions and make decisions. This one came from the heart.’

They also agreed it shouldn’t be put in the same spot. Working with Adams Outdoor Advertising, Norman and her team redeployed the billboard to one of the most visible locations in Madison, where it will remain for the next month.

“I knew this billboard could have an impact. People are talking and that’s the whole point,” Norman says. “If we sit around in silence, this huge systemic issue of racism is going to persist. I know I have to find my voice, but it feels pretty good to be talking about it now.”

Looking back, Norman says she could have deleted the email after reading it, or the message could have been lost in the shuffle.

“But I opened it and had that sort of heart and gut reaction to it,” she says. “Now, seeing this impact, there’s something about that pandemic message that was already out there. It feels a little like the universe coming together and that it was meant to be.”