Home » Service for all
Leadership

Brittany Bennett played a role in establishing a salon on the USS Dwight D. Eisenhower.

Two hundred women shared a bathroom with five stalls, which made it difficult to find time—and space—to keep their hair within military standards.

After one upkeep session, Brittany Bennett and another female officer put together a proposal to create a salon for female sailors aboard the ship. The idea was approved.

“It allowed us to take care of our women the way we would like to be taken care of to the best of our ability,” says Bennett, third-party risk manager at $10.7 billion asset VyStar Credit Union, Jacksonville, Fla.

The salon lasted only three years before it was shut down, and it never expanded beyond the USS Dwight D. Eisenhower.

The salon’s creation is just one memory Bennett has of her time in the U.S. Navy.

The ship stores were branded the “Ike Mall” and had items such as watches, jewelry, and apparel bearing the ship’s picture. 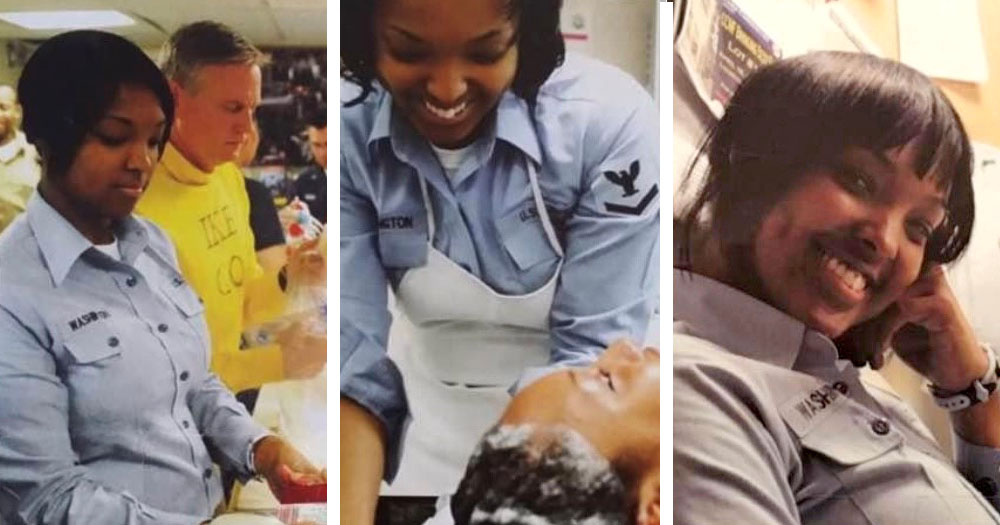 “Everyone wanted to be our friend,” says Bennett, who enlisted in the Navy when she was 17. “You always need clean clothes, snacks, and toiletries from the ship store.”

Bennett was deployed twice while in the Navy. During deployment, she visited Dubai, Bahrain, Spain, Portugal, Greece, and Naples, Italy.

From her first day in bootcamp, Bennett says the Navy provided her with ample opportunities to learn about leadership, including the importance of leading by example, paying attention to details, and taking ownership of projects.

“I don’t always want to be the leader, but for some reason it’s been ingrained in me,” Bennett says.

She also experienced a sense of camaraderie in the Navy that she emulates at VyStar.

“I try my best to build camaraderie with my civilian team that I work with now,” Bennett says. “So far it’s been successful. My team is more like a family than just employees or colleagues I work with. There’s a stronger sense of teamwork now that I’ve shared my life experiences with them, and they’ve opened themselves up to share their experiences with me as well.”